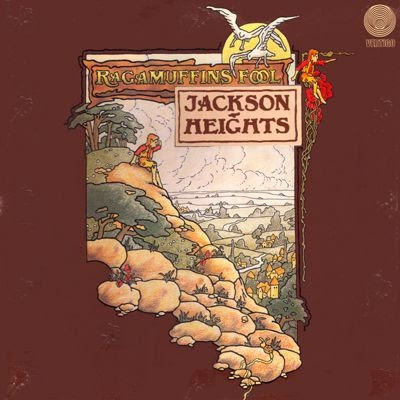 
`Maureen' starts the album stridently, with a slightly tougher and more upfront vocal sound than the preceding album, although to say this was a stab at the charts would be underestimating the sophistication on offer here. There are delightful Piano and Mellotron breaks amongst Yes-like harmonies, (and in fact even a direct steal of an ending from Yours Is No Disgrace, can you spot it?). Once again, triple vocals are in evidence here and this is fine accomplished music, vocal and song-led with much to hold the interest throughout.

At times they are good enough to challenge Crosby, Stills and Nash, whom they had obviously been listening to. There is something refreshing and unpredictable about the writing, the vocals (again three way between McBurnie, Chatton, and Jackson) and the piano, mellotron and acoustic guitars once again framed by the immaculate drumming of Michael Giles.

As well as varied and inventive song based material, `Catch A Thief' is a rare jazz based piano workout and while Brian Chatton is no Keith Emerson, it works well enough. Interestingly there is also a version of Lee Jackson's `Chorale' from `Five Bridges' recorded, probably the way he wanted it to be. It's terrific, with added choral work and Mellotron strings which really flesh it out and make it special.

Overall `Ragamuffin's Fool' could be said to be a little more jovial and `good time' than it's predecessor, defining a kind of eccentric English song-writing based rock where bands pretty much did what they liked , had fun, and worried little about record company balance sheets. This music was never going to change the world, but it is entertaining enough to hold the attention throughout.