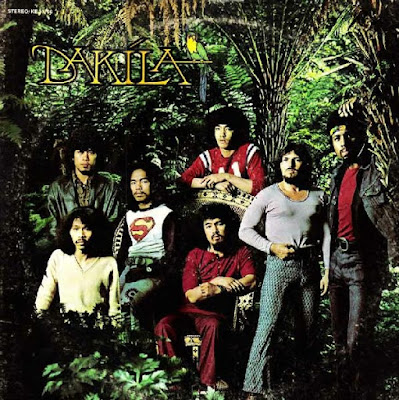 
Despite looking like the bad guys from a vintage Hawaii Five-O episode, Dakila were a band from the Filipino immigrant community residing in the Mission District of San Francisco (a generation later, another Filipino group would emerge from the SF Bay Area, and that would be the excellent thrash metal band Death Angel). But this was 1972, and given the Latino influenced culture of the area, Dakila put no less a luminary than Santana on a pedestal and made a similar go for their fortune. The music contains copious amounts of passionate sustain guitar, chunky Hammond organ, fuzz bass, active Latin percussion, and soulful vocals. The latter sung in Tagalog, Spanish, and English. Dakila definitely have that Lowrider Soul culture in their veins as well, and Carlos' brother's band Malo is also very much in play here. Personally, I cannot possibly hear enough bands in this style, and many are favorites, especially Chango. Other reference points would be Macondo, Pantha, The Antiques, Naked Lunch, Azteca, and Broth. Absolutely killer stuff.