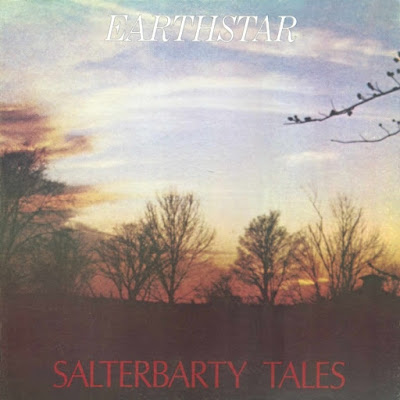 EARTHSTAR progressed into the late, mainly unknown and granted classic place of the Berlin School electronic sessions, with the ambition of new music within common styles and deep already familiar notions, thanks to American keyboardist and synth-adapter Craig Wuest. Almost all the recordings are the effort of a multinational ensemble, credits bewildering the orchestral resonance of the project, going from electronic eclecticism (different ranges of Moogs, Mellotrons and Synthesizers) to guitar, wind and string instruments and even songwriting. However discrete comes EARTHSTAR in terms of being known and scrutinized, it is still a band and a movement with small reference in the aesthetic or the simple variety of the Berlin School dominating orientation of electronics, later new-age and fusion.

Upon the mid-70s, Craig Wuest started corresponding with legend electronic artist Klaus SCHULZE, who encourages him to leave America (along with his small synth-band project) and to try a new orientation in Germany. SCHULZE's help was sensed all the way from influences and strong characters (which approve the style and, right here, the addition) to recording and collaborating on EARTHSTAR's most intense and prominent album, French Skyline. Considering SCHULZE's presence, EARTHSTAR gains the small great experience and the succinct exuberance of cosmic/space arrangements, drone/synth expressions or deep atmospheric sound forms. Impressive remains, all the way, the good ensemble (partly European, partly American) that works on this album's arrangement and on the heavily special occasions of music, melody, rhythm or pronounced electronic experiment. Upon the next recordings, SCHULZE cuts off his collaboration; instead, guitar Dennis REA, present on both previous albums, or songwriter Dan Hapanowicz, active on the last project, become notable names.

Under the spell of electronic-oriented craft music, the combination of Berlin-typical movements and independent evolved styles, plus the one of valorous improvisations and random gifts of sound and melody, make the best quality out of EARTHSTAR. The first recording of the group (or of Craig Wuest's solid vision) is Salterbarty Tales, an absolute rarity composed short time before Wuest planned his move to Germany. French Skyline uses most valorously the essence of cosmic play, sound synth exploration and steep movement recordation, in a very characteristic, but also full of impressiveness manner. Cuts more atmospheric, ambiance and new-age (of a beginning's crude form) are present in the last pieces of the album, shaping up a pretty perpetual contrast. By the third album, Atomkraft? Nein Danke, released in 1981, the music gets more light, popular and short essences, mainly dissolving the electronic art into new-age and craft ambiance. Along nine guest musicians (most of them already part of the ensemble), Wuest works on more dynamic and light expressions, using the Birotron instead of the Mellotron. The quality becomes severe and song-written by the fourth and last album, Humans Only, which interprets values and eclectic rhythms in the most laid back artistic development EARTHSTAR ever composed and understood.

With references to SCHULZE's mid-70s important sound and synth quality, TANGERINE DREAM's more frontal digital progression, ASHRA's very calm groove or electronic impressionistic form, but also with some new-age wild-rosining characteristics, the ensemble of EARTHSTAR (along with the musical personality of Craig Wuest) evolved deeply around the Berlin-school late (or still discernable) characteristics.

I didn't know what to expect on this rare debut by Earthstar. Would it be the Berlin School tour-de-force of "French Skyline" or more towards the new age sounds of "Atomkraft...". The opening track had me drooling, with processed fuzz guitar mixed in with the electronics. A definite French vibe pervades similar to what Phillippe Besombes was doing with the Pole label. The next two tracks highlight piano and harpsichord respectively, and are definite proto new age songs. Following this, we are taken back to the otherworldly sounds of the first song, though this time there's oboe buried in the mix. Perhaps the best use of the instrument I've heard in an electronic setting. Side 2 opens with a lengthy near side-long composition that at times is sublime and combines the best elements of the 1st and 4th songs on Side 1, and also adds a bit of sequencing. The album closes on a quieter note, but still fits squarely in the cosmic music realm. I was more than pleasantly surprised by the quality of this album.
Posted by Unknown at 8:45:00 AM