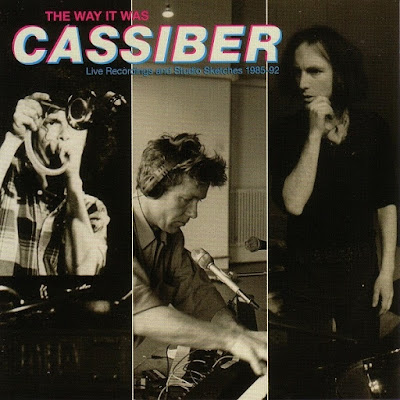 Edition of 1000. Released ahead of Cassiber 30th Anniversary Box Set; this release is intended to form part of the Box Set once it is released.


The title is as appropriate as it is aphoristic. This is as convincing, and as inclusive, a single-disc representation of Cassiber as we are likely to hear. Yet, as with even the most lovingly chosen appelations, it says very little about content. Cassiber (the name means "A message smuggled out of prison") did indeed tear down some metaphorical walls, and the group's technological and musical innovations pervade these 19 studio and live tracks, recorded between 1986 and 1989.

By the earliest of these forays, Alfred Harth had parted company with the original duo of Heiner Goebbels and Christoph Anders, who had been joined in 1982 by Chris Cutler. The trio, supplemented by guest appearances, remained intact until 1992, and we are now invited to dig into further fruits of this fertile phase. To place much of the music into neatly carved boxes is simultaneously easy and overwhelmingly frustrating, as the group was working to radicalize the music from the inside. The title track obviously throws down a funky vibe in the typically gated reverb of the time, but within the first thirty seconds, there is a nearly complete breakdown as guitar-driven industrosplatter creeps in, usurping all except a shaker and the thumping bass. Even the stuttering beat and wide stereo spectrum of this little gem places it beyond the pale in any commercial radio-friendly environment. Similarly, "Six Rays" draws on a harsh updating of early 1980s "New Wave" sounds, but the constantly morphing harmonies and guitar scree deny it access to that world, totally leaving aside the charged lyrical content.

Then, there is the visionary music that fits nowhere; raw shock is still engendered by the cinematic "A Screaming," a study in stark contrasts with bleak doubled vocals decrying the apocalyptic message. We are also privy to the dismemberment of Beethoven's third symphony before "Crusoe's Landing" launches into its metered whirlwind, leading directly into the chants and hums of the haunting "Miracolo."

As with the Henry Cow, Art Bears and Faust boxes, Bob Drake's work on these archival recordings is stunning. He exposes detail but never sacrifices clarity or impact in the process. If this disc is any indication, the forthcoming Cassiber box will be another jewel in RéR's crown.