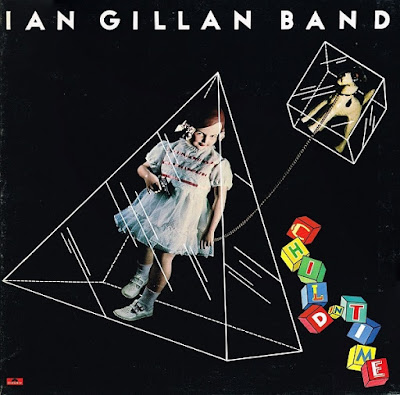 This album is Ian Gillan's solo debut after he left Deep Purple in early 70-s. Released on small Oyster label, he didn't succeed, mostly because he didn't offer much to ex-Deep Purple fans.
Looking on this album as independent product, open ear listener can find some nice moments though. First of all - "Child In Time", remake of the possibly the best Deep Purple 's song. Not too much similar to original, no way better than it, it offers softer, warmer and much more emotional version. With many progressive rock elements and excellent Gillan's vocals.

Five first songs (all A-side) are all short and more straightforward heavy funk-rock numbers with some r'n'b elements, great Gillan vocals, but not too complex. Even if not so great, these songs are worth listening unless you hate funk in your music or are hungry to listen pseudo-symphonic organ passages once again.

In all, not the best Gillan's album, but really worth listening, especially if you're interested in early heavy funk-rock albums from late 70-s.
Posted by Unknown at 12:31:00 AM