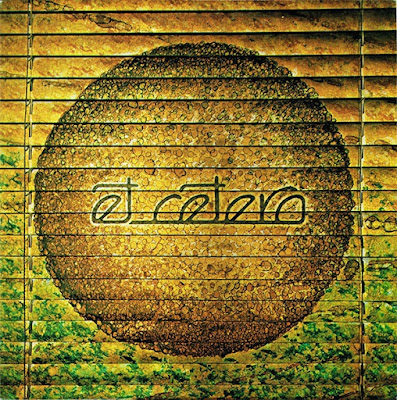 
Mostly known as the Quebecois Gentle Giant, Et Cetera certainly manages to make out the best of their major influences and come up with something refreshing and creative that they can properly call their own. Sure these guys were totally interested in delicate dissonances and intricate polyphony, and their compositions contain lots of classical and jazzy elements in a prog rock context, but all in all there is a certain cadence in their music, built on an eerie delicateness, that stands as an original EC factor: I don't know quite how to explain it intelligently, but I feel it that way. The male- female vocal dialogues and counterpoints are simply delicious, and so are the interplays built by the lead guitarist and the two keyboardists. Dragon handles craftily the complex rhythm patterns with his solid, precise drumming, while bassist Pigeon combine his partnership with Dragon and his inputs for the melodic stuff contributed by his other fellow members. The first two tracks overtly show the listener what the band's artistic ideology is all about, and so do 'Newton Avait Raison' and the exquisite closure 'Tandem'. The usual progressive pretentiousness is there, but it is not taken to an excessively pompous level: delicateness seems to be the main rule of Et Cetera's game. 'Entre Chien et Loup' has a beautiful pastoral intro that soon gives way to one of the jazziest motifs in the albums; things go on softly and fluidly until the intro is reprised for the conclusion part. 'L'Age Dort' is the most bizarre piece in the album: synth layers and guitar arpeggios spread under the ticking of a vibraphone and a piano, with a floating cello providing touches of solemnity, and some soft percussives cutting the air of mystic stillness in order to introduce a Renaissance-inspired motif somewhere in the middle. The catchiest stuff is contained in the energetic instrumental 'Apostrophe', which also comprises some of Marchand's best soloing. What a great album! - so weird, so inscrutable, and so fabulous, that it can only be rated as any other prog excellent work