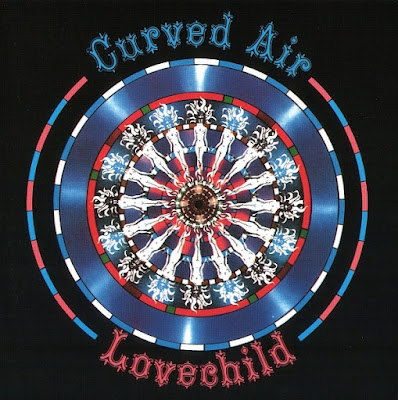 This album consists of 34 minutes of previously unreleased material recorded in 1972-73. The line up is essentially the one which recorded “Air Cut”, except that former member Florian Pilkington-Miksa returns on some of the tracks.
Eddie Jobson and Kirby Gregory had worked well together on “Air Cut”, but here they are far more distant and entrenched in their own preferences. The result is inevitably a pretty incoherent, but nonetheless enjoyable collection of songs.
The album is bound together with Sonja Kristina’s superbly distinctive vocals. When she sings in her angelic higher tones, such as on “The dancer”, the results are truly beautiful. When she adopts a deeper tone however (such as on “The widow”), she struggles more to remain in tune.
The title track sounds like an outtake from the “Air Cut ” album, it would certainly have been worthy of inclusion there, especially when combined with the brief symphonic opening track, “Exsultate jubilate”.
“Seasons” is a long slow power ballad with some good bluesy guitar work, but a single pace which continues on the Kirby led instrumental “The flasher”. There are echoes on 10CC on this track, it’s almost a slowed down version of their “How dare you”.
“Joan” which opens side two has a lovely piano intro which sounds remarkably like Yes’ intro to “Awaken”. This track had actually been recorded some three years earlier. “Paris by night” gives Jobson centre stage for the closing track, which is rather uninspired repetitive piano piece.
During the sessions for this album, the group broke up and the tapes went into a vault. Eddie Jobson joined Roxy Music and then went on to form UK and then to play with Jethro Tull and Frank Zappa. Mike Wedgewood joined Caravan.