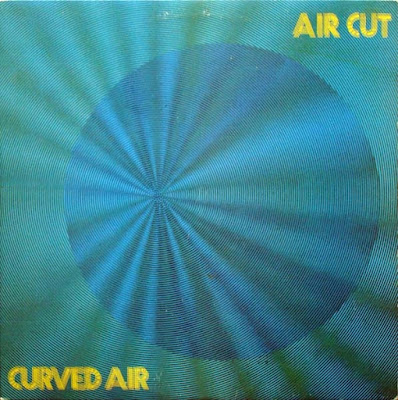 With Daryl Way and Francis Monkman no longer in the band, Sonja Kristina, whose distinctive voice is one of the band’s strongest trademarks, was the only original member left. She continued however to surround herself with highly competent musicians, including the multi-talented Eddie Jobson. The other Curved Air trademark, the violin of Way was mainly replaced by keyboards, with Jobson only reverting to violin on a couple of tracks.
“Purple speed queen” is a storming opener, with a great synthesiser solo in the Rick Wakeman vein. “Elfin Boy” follows on much more softly, Kristina’s voice never sounded more haunting than it does here. The track is a real weepy, with beautifully sympathetic violin accompaniment. “Graceful his fingers, they waltz on the strings, gentle the song that he sings”, as the lyrics go.
The third track ”Metamorphosis” starts with almost classical piano, builds and softens, quickens and slows. Sonja’s vocals vary from the almost child like, to seductive temptress. They combine with some really infectious themes and great instrumental work for over 10 minutes, to make for a real progressive classic.
Kristina takes something of a back seat on side 2, with an instrumental track, and a rare (for Curved Air) male vocal lead on “Two three two”. The feature track on side 2 is however the longer final song, “Easy”. For want of a better description, this is a progressive power ballad. Once again, the track has superb keyboards including an excellent instrumental break, and Kristina on top form vocally.
If all Curved Air means to you is the full frontal nudity of the cover of their first album, plus variations on “Vivaldi”, this album will open up a whole new dimension for you.
Posted by Unknown at 8:06:00 PM