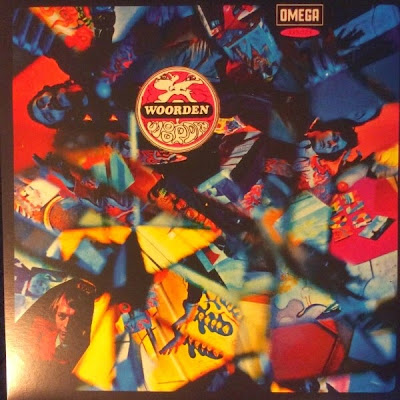 The highest freak out of the sixties, and possibly ever.
Two parts, near 20 minute both, in which the group recite poems and philosophy treatises in German and English, with altering-the-mind sounds surrounding them. These sounds are the most interesting thing of the album by a long shot.
The drums ran the gamut from Jazz, to Rock, to oriental gongs; violins are used in a typical avant-garde fashion but on the other hand rarely a harmonica has sounded so strangely evocative.

Poetry is abused here, often drug-induced and amateur "I am an actor / we are all actors in a theatre"; often hard to take any seriously "for I do not see I'm seeing/for I do not talk I'm talking", "you are the way to be green".
The second part has a folk lullaby that comes as a rest, after all that spoken word, and the album ends as it began: with no conclusion.
Conceptually it predates -partially- groups like Faust, but the development and main purpose of the album are too opaque to relate to any other project.

Overall "woorden" is too shocking and free-formed to forget it, and too pointless to be a masterpiece. At some points silly and pedantic, at some points brilliant, always disturbing, this is an irregular and extreme work, only for brave and patient listeners