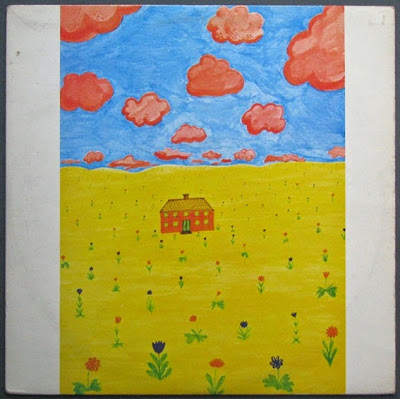 
"Djungelns Lag" (The Law of Jungle) offers us an experience from a live concert of this cult band. Musical quality varies from quite good to poor; For example the first track "Sanningens Silverflod" is a pleasant dark and moody euphoric rock tune, resembling slightly Hawkwind without their cosmic synth soundscapes. Then on the second track "Dibio" the only good quality in my opinion is its shortness, this sounds more like a stoned joking in front of the audience. The third track "Tidigt om Morgonen" (Early in The Morning) continues in the acoustic style of the previous song, but now the moods are deeper, reaching nearly religious heights. The singers don't hit the notes, so if singing and partially playing off the absolute notes makes you feel bad, this definitely isn't a record for you. The song has a long trance-oriented jam session between the folky wailings, and this rock chaos is the element which pleases me here most. The seeking of trance continues in minimalistic manners but with stronger intensity on "Munfiol", where the Jewish harp gives rhythm to the violin. Sadly this is only a short excerpt which is faded out in the end, I wonder did the tape run out or was the performance ruined? "Vär Vila" continues as a trashy Rolling Stones sounding gonzo rant. I liked both the sound and the melody of the guitar, but the singing here felt bit annoying. The later part of the song with improvisations without singing is really great. "Drammen export - Sommarlåten" fades in kicking out some good jams. There's a strong power in the mantric rock patterns, later morphing into more tender moods. It also introduces predesigned melodies nicely after long open playing, proving that the players really listen to each other. This kind of long good jams are the reason why I like this record even due its other faults. Therefore the enhanced CD with an over half hour long bonus track "Amithaba - In Kommer Gösta" is more interesting to listen than the original vinyl, which on the other hand is a fine collecting item. The long epic starts from the tunings and introduction speaks, from where the slow mantra starts to build up - this is a honest and a precise documentary way of releasing live material which I prefer. The huge musical form waves and shimmers like the sun, dissolving the sense of time. If the album would consist only material as good as this performance, it would be a real masterpiece. If you like archaic psychedelia and early trance oriented Krautrock, check out this unbalanced but interesting album.
Posted by Unknown at 9:47:00 PM