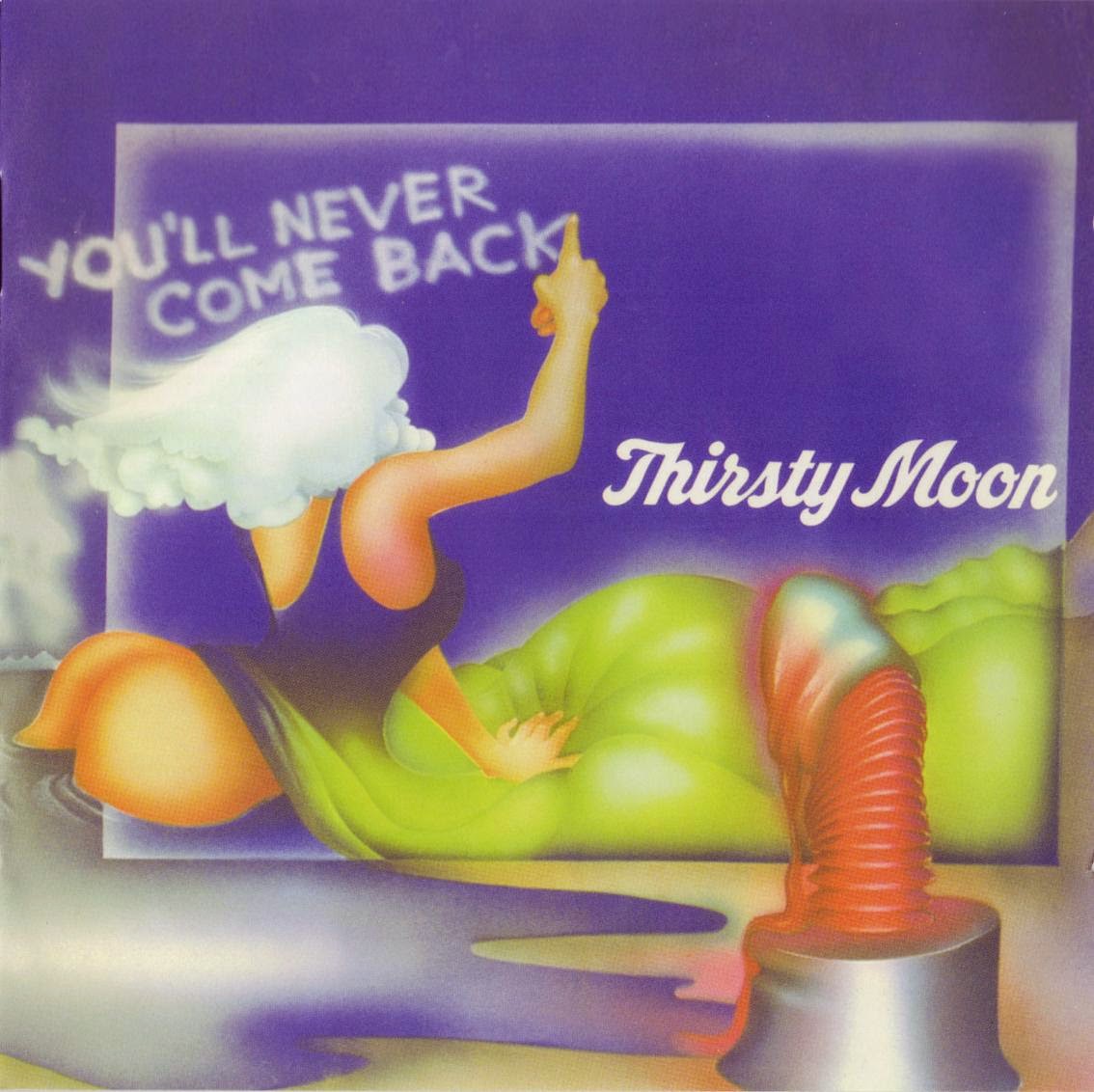 
TM's second album is definitely titled as risqué, mostly due to its title and rather ugly semi-erotic cartoon artwork, but the music proves the title wrong. Lead by the Drogies brothers (I'm serious, check it out for yourself ;-) this psych-jazz-rock septet has a very Krautrock feeling and can be assimilated to Kraan crossing Release Music Orchestra to remain in their German homeland. Indeed, there is a definite spacey-psychey attitude in their music, fitting well the legendary Metronome section of the Brain label. This album builds on the relative successful airplay of the debut, and was even better received by the specialized press

The opening side is a killer with only two lengthy tracks allowing for tons of interplay, solos, plenty of tempo changes and embellishments of all sorts. The 14-min+ Trash Man is really enthralling and suffers no lengths or over-long soloing tirades. The opening I See You was in the same register as well, with some good light improvisations. Some percussions can add some Latino influences, but I find it relatively minor and it's hardly over-powering. Pape's sax and flute bring out the jazz out of the group and exposes it to the forefront.

On the flipside, after the very fusionesque Tune In, we are clearly waiting for the monster 12-min+ title track, which starts out very slowly, almost cosmic, slowly moving across the galaxy, powered by a Fender Rhodes engine to the dissonant, almost free-jazz realm (avoiding its black hole, though ;-) then by activating the saxophone booster gliding and grooving to its great j-r destination. The closing Das Fest is just as beautiful, starting slowly, evolving to a quiet peaceful groove before exiting on a fade-out. The remastered version of this album on the Long Hair label offers a 12-mins bonus track called Music, which is slightly different (but not much) than the rest of the album as it develops into a raga, and features some plaintive vocals to remind us of the Indian subcontinent.

One of the better Krautjazz-rock (if you'll allow me ;-) album around, this easily beats most of Kraan's works past their debut album and their double live album. I suggest the progheads to start with this album (most of their early ones have just received a remastering, some with bonus tracks) and their debut before eventually heading towards their next album Blitz, which is fairly different.