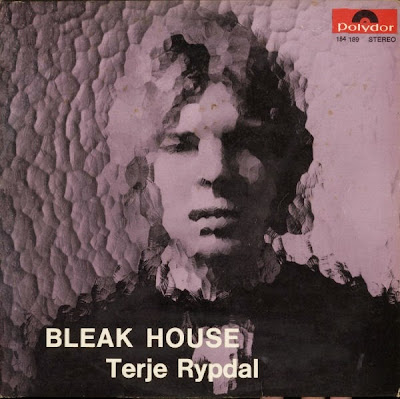 
erje Rypdal was born in Oslo, August 23rd 1947. He is known as one of the leading modern jazz guitarists in Europe. At the same time he is regarded to be an outstanding composer of contemporary art music. Rypdal has has a multifarious musical career since he started his pop band "The Vanguards" in the 1960'ies. He later started up "Dream" where his interest for jazz was awakened. In 1969 he joined the Jan Garbarek Quartet. At the same time he even played in George Russell's Sextet and big band. Rypdal has up through the years composed numerous jazz compositions for own as well as other groups.

Terje Rypdal played the piano from he was five years old, and started up with guitar from the age of 13. As a guitaist he is selftaught. He has studied musicology at the University in Oslo. During the years 1970-72 he studied composition with Finn Mortensen at the Music Conservatory in Oslo (Later the Norwegian State Academy of Music). He has also studied improvisation with George Russell.

As a composer Rypdal received his first impulses from Ligeti, Penderecki and Mahler and he soon developed his own style. His début as a composer was with "Eternal Circulation" (1971), performed with Jan Garbarek Quartet and Oslo Philharmonic Orchestra. Among his works can be mentioned: Symphony No. 1 (1975) commissioned by the Norwegian Television. His opera "Orfeo Turns Around and Watches Eurydice", premiered in 1972 at the Henie Onstad Art Centre outside Oslo. For the American bass player Barre Phillipps we wrote his "Concerto per violbasso e orchestra" (1973). His violin concerto "Undisonus" received the prize "Work of the Year" by the Society of Norwegian Composers. He has composed five symphonies, several works for solo instruments with orchestra, two operas and a large number of contemporary works with participation of jazz musicians.

Terje Rypdal's compositions witness his versatile musical work, his rich imagination and solid knowledge. One can find poetic moments with an almost impressionistic colour as well as constellations of sound with elements from jazz, late romanticism and avantgardism. In addition to his large production of modern art music he has also a great number of jazz and rock compositions.

Those of you who know Rypdal's usual works will be in for quite surprise with this debut album, Bleak House released in early 69 on the Polydor label, and it is quite different to his later works with the ECM label. Indeed, this album's line-up is mostly made from local Norwegian musicians (although I detect a few Danish or German names), of which only Garbarek and Terje are the familiar names to an international crowd. You'll also find some excellent (and rather unusual for jazz) Hammond organ, some vocals, and a fairly large horn section, used somewhat sparingly. Rather strange when you know Terje's late-70's albums, right?

The opening 7-mins Dead Man Tale is a mid-tempo blues loaded with Hammond's organ, Terje's lungs both belting out a soft vocal and an enchanting flute. He 4-mins Wes is more of a big band affair, with some massive horn section sounds, a Reinhardt-ian guitar and some enthralling rhythms. The three-parts Winter Serenade is in contrast a very different affair, so quiet in its Falling Snow movement, with only Terje's guitar and Reim's piano. When Garbarek and Neumann's saxophones enter the piece, chaos and mayhem appear, indeed hinting at the Snow Storm movement. The suite ends calmly as the Snow Melts gently with Reim's piano. Great stuff.

On the flipside, the 7-mins title track is an absolutely amazing mid-tempo big band piece, starting gently with the horn section providing great answers to Rypdal wild but restrained electric guitar. It's not long before the horns take up the whole back space, before Terje's guitar goes for some heroics, never too strident, leaving some space for Garbrek's dramatic sax solo, and then taking football all the way down the rest of the track to the end zone for an amazing touchdown. Fantastic stuff, even if you wished some slight chord changes in the brass arrangements. The soft big-band Sonority is a slow-paced gentle track, where Rypdal's sleepy guitar weeps gently from you speakers. Closing the album, Terje scats gently A Feeling Of Harmony all alone, his acoustic guitar, his sole voice and his gentle flute.

A little short an album, this generally overlooked album is one of Terje's less representative albums, but it doesn't make it anyless essential a listen. If one day you datre your buddies with a "blind" test, you might just find Bleak House will probably fill your own house with plenty of laughter and surprise.