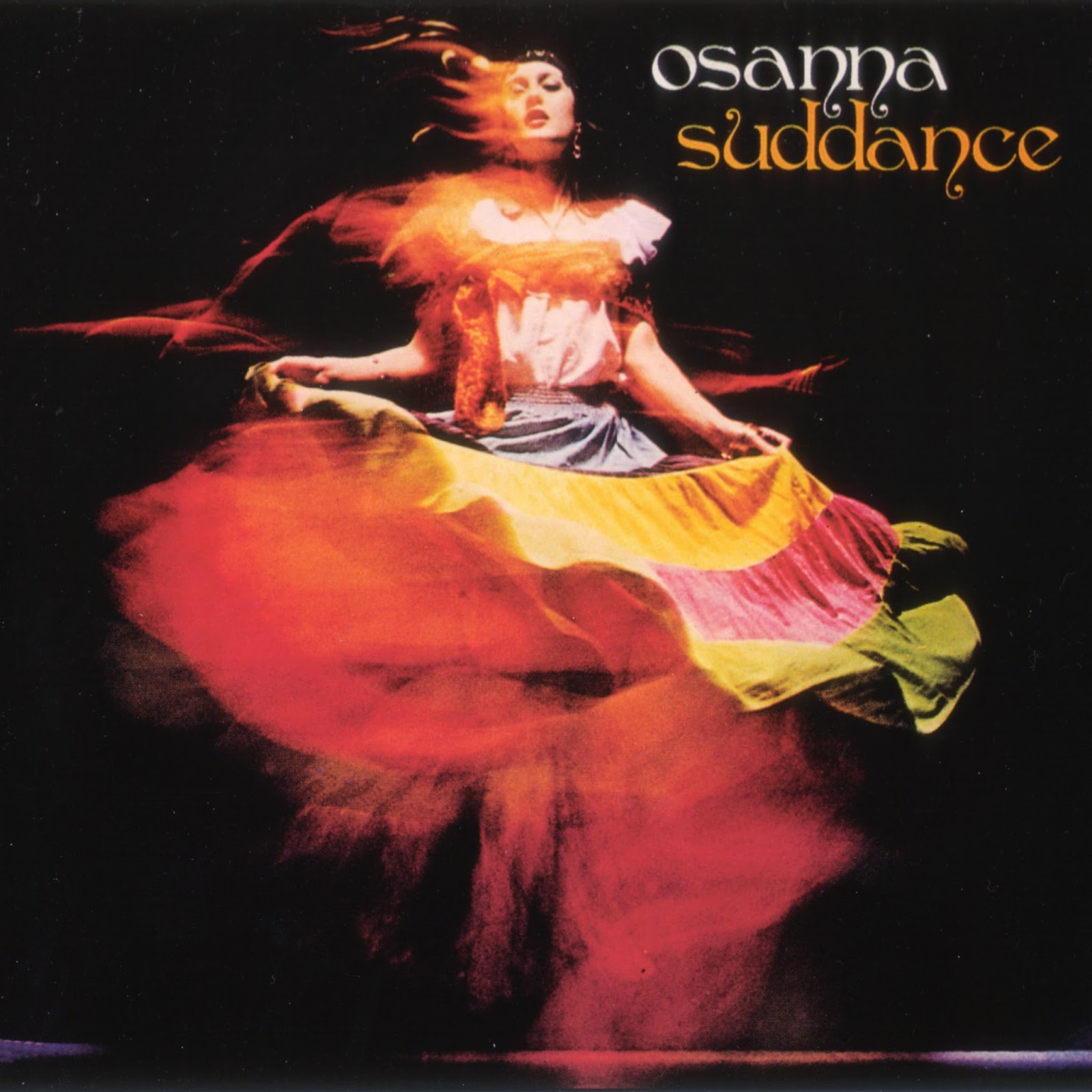 In 1977, after the negative experiences of Uno and Città Frontale, founder members Lino Vairetti, Danilo Rustici and Massimo Guarino reformed Osanna with a new line up featuring Enzo Petrone on bass and Fabrizio D'Angelo Lancellotti on keyboards and synthesizers. "Suddance" was released in 1978, when the Halcyon Days of prog were coming to an end... This album could be very disappointing for old fans since Osanna here were trying to find a new musical direction blending rock, soul and jazz with the traditions of Naples, but in my opinion the result is not bad at all...

"Suddance" is very different from Osanna's early works (the album features also some guest musicians like Benni Caiazzo on sax and Antonio Spagnolo on electric violin), nonetheless here you can find at least one outstanding track, the suggestive and melancholic "A zingara" (The Gipsy woman) featuring a mysterious mood... Lyrics are sung in the dialect of Naples and describe the desperate life of gipsy woman with "music and hope in her heart" who is rejected by the society... "She's a gipsy and she causes fear / That's why everybody avoids her in the street / She is so desperate to bang her head against the wall / But every time she asks for help people pretend they don't see her..."...

There are other good tracks, like the opener "Ce vulesse" and the instrumental title track, more in a jazz rock vein, or the long and desperate "Chiuso qui" (the only one sung in Italian and featuring "claustrophobic" lyrics that describe the feelings of an inmate)... However, the overall sound is closer to the genre that is known as "Neapolitan Power" (very successful in the early Eighties and spearheaded by Pino Daniele) than to the peculiar prog of the early Osanna albums...

Although it is not an essential album, at length "Suddance" is a good work released by an excellent group of musicians who were trying to explore new musical paths to go further... It's a pity that they had to stop!
Posted by Unknown at 9:41:00 PM