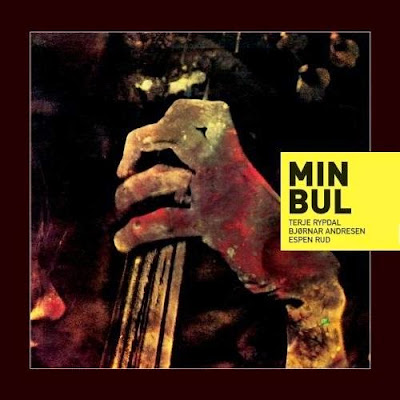 
"Min Bul", came out in 1970 and stayed in the shade till now. But still, many of Rypdal's fans don't know this album even exists. It is so incredible rare.

It's a pity, "Min Bul" is a highly experimental work for its time. On this album, a Norwegian guitar-bass-drums trio lead by Terje plays electric, often scratchy and even noisy fusion on the edge of avant garde jazz. The nearest work to compare to is probably Miles Davis' "A Tribute to Jack Johnson" , but it was released a year later!

This album's opener, "I Cried A Million Tears Last Night", is one of the very early prototypes of NY downtown noisy guitar avant-garde that would be coming many years later. Probably nowadays, listeners might find some of the album's moments a bit dated, but it is undoubtedly a valuable historical release.