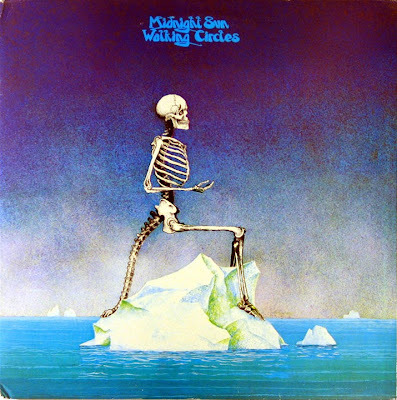 Third alnum for the original Rainbow Band, but only second for Midnight Sun, this album is also graced with a Roger dean artwork. This album sees yet another singer (after Bisgaard and Mortensen for the two version of their previous album), the very average Lauridsen and Believe me this will affect the group in, general

Right from the opening two tracks, one cannot help but wondering where the promises heard previously lie now, because we hear some kind of AOR avant-la-lettre, even if the opener sounds bluesy and the follower sounds countryish, we are hovering in a parody of Lynyrd Brothers Band (although nothing offensive to the proghead) instead of psychey-prog group of yesteryear. Then all a sudden, with the A La Turca (an obvious nod to Blue Rondo) we are lead into an almost brass-rock (ala early Chicago), the A-side's highlight. The next tracks are more AOR without much direction. One has to wait for the slow starting Winds Gonna Blow, a pleasant light jazz-rock track, the antepenultimate title track another very brassy affair.
Posted by Unknown at 12:26:00 PM