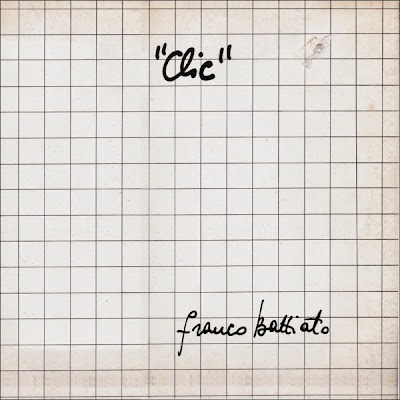 
Before Battiato went flying into the sun of mininalist avant prog... he gave us this absolute classic of an album. A dense ambient electronic album with some avant sections that hint broadly on where he would be heading in the years down the road. This album was the culmiination of his early electronic period. The avant hints that were dropped in Sulle Corde di Aries are even more pronounced here, and possbily more fully realized. A incredible album. Not being particularly into the electronic side of prog I can't vouch for what Battiato did in comparison to others. In creativity or quality for that matter. All I know is what my ears tell me.. and they tell me that I love this album. That coming from a person who really isn't into elecronic.. or for that matter... particuarly avant music. What that says about the quality of the music... it's as always up to the listener. Check it out though.. the guys at work sat around today and listened to it.. and really dug it. Maybe it isn't just me after all hahaha.
The album opens with the celesital I Cancelli Della Memoria. The long opening is punctuated with saxophone with some rather earie piano. The pace picks up and with a repetive synth pattern underneath a elecric piano then fades to nothing. I was hooked upon the first listen of it and ready for what followed. With an album so against the grain of what are your normal listening habits.. that can make all the difference in whether you can enjoy.. or even continue to listen to an album. The same tone and style continues in the second song 'No U Turn' this time with Battiato's fabulous voice (though with the vocals recorded backwards). Il Mercato Degli Dei follows next with an extended accoustic piano intro. It fades away and the accoustic piano comes back with some etherial synths over top of it. Rien Ne Va Plus is next up. Here we have the first appearence on the album of the avant element of Battiato. Sounds of women laughing, footsteps, etc. are mixed with strings, Battiato speaking, Very much a sound collage of sorts.

A synth drone introduces the next song Propiedad Prohibida. A synth bass tone takes over with strings over top of it. A new synth rhythm takes shape about half way through that is an effective change of pace. Again the strings play over top of it. Nel Cantiere Di Un'infanzia follows and is much in the same vein as the first tracks.. eithereal, celestial and yet vaugely haunting at the same time. The album closes with Ethika Fon Ethica is another musical collage that is has nods to continental European classic music and arabic music.

A fascinating album and one that an openminded progger might find interesting. You may like it as well.
Posted by Unknown at 9:31:00 AM