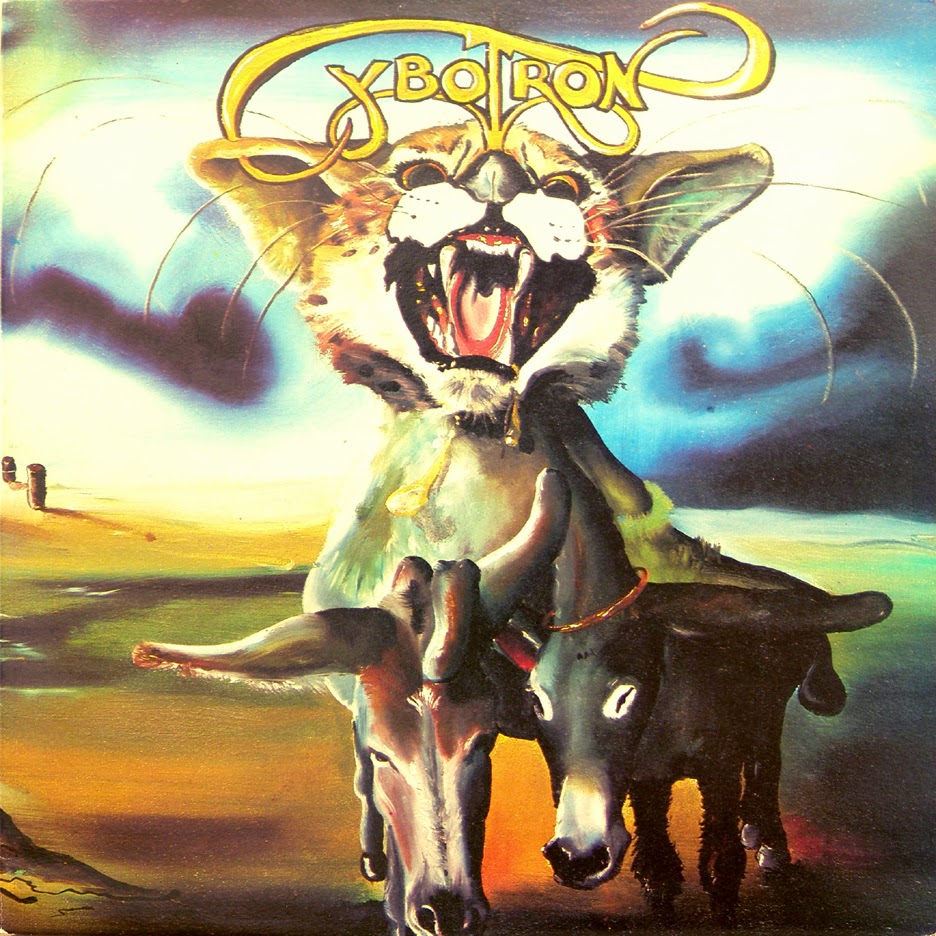 CYBOTRON was an experimental electronic music duo formed in Melbourne, Australia, by expatriate German Steve Braund (aka Steve Maxwell Von Braund) and Geoff Green in 1975. The group draws heavily on synthesisers (as would be expected), electronic and acoustic percussion, plus saxophone and played minimalist, repetitive progressive-style electronica in a style that emulated the direction of the 1970's German cosmic sounds.

The name CYBOTRON is derived from a shortening of the name of KLAUS SCHLUZE's "Cyborg" album, a significant influence on Braund, and the use of "tron" as used on the word 'cyclotron'. To Braund the CYBOTRON handle signified half man, half machine. Being a German expat, Braund had been exposed to much of the Krautrock and early electronic rock scene, including the likes of SCHLUZE, CAN, TANGERINE DREAM, ASH RA TEMPLE, AMON DUUL II and the UK's HAWKWIND and PINK FLOYD. The CYBOTRON sound had the duo often referred to as the 'Australian TANGERINE DREAM'.

The initial Braund-Green pairing came on the Braund's 1975 solo work, "Monster Planet", which also featured Gil 'Rats' Matthews (of Billy Thorpe & The Aztecs fame), Jim Keays (of Masters Apprentices) and violinist Harry Vyhnal. "Monster Planet" is credited with being Australia's first electronic rock album. After the completion of "Monster Planet" the CYBOTRON duo was born. (The "Monster Planet" album could be considered as part of the CYBOTRON discography given that both CYBOTRON members contributed to the work.)

CYBOTRON's eponymous debut album, released in 1976, featured the Braund-Green pairing, and added Gil Matthews as drummer (and recording engineer). Composition on "Cybotron" was undertaken by both Braund and Green. The second album, "Colossus" - arguably the peak for CYBOTRON - was released in 1978. For "Colossus" the drumming duties were passed on the Colin Butcher, who also brought additional percussion and synthesiser skills to the table. (Gil Matthews remained involved as the engineer.) For "Colossus" all compositions are credited to Geoff Green alone, a shift from the debut album. "Colossus" sold quite well in Europe and the USA (although poorly in Australia). It looked like CYBOTRON may have been about to make an impact on the international scene with "Colossus", however interest faded as quickly as it had risen. For the third (and ultimately final) album, "Implosion", Green had departed the group. Butcher had vacated the drumming seat before the release of "Colossus" so Braund re-enlisted Matthews on drums and additional synthesisers. The CYBOTRON sound was altered further by adding bass player Mark Jones. Braund has composition credits for all tracks for "Implosion" and openly admits he was pursuing a more commercial sound with this 1980 release. A fourth CYBOTRON album - with the working name of "Abbey Moor" - was commenced in 1981, however it was never completed. Five tracks from the "Abbey Moor" recordings appear as bonus tracks on the 2005 Aztec Music re-issue of "Implosion". There is also a semi-bootleg live album of a 3ZZ (Melbourne radio station) radio show, released in either 1977 or 1979 (depending on the resource), with the name "Saturday Night Live".

Despite a reasonably strong and consistent output of recorded works - five albums in all from 1975 to 1980 (when the Braund debut and the 3ZZ recording are taken into account) - CYBOTRON remained relatively obscure, really known only to those in the electronic music circles. CYBOTRON did experience a mini-renaissance of sorts when a Detroit electro-pop group hit the scene in 1980 using the CYBOTRON name (which Braund had not been able to register overseas). Fans of the Detroit group were lead to the Australian group's work by the shared name, with new fans being won out of the confusion.

There have been rumours of a reforming of CYBOTRON around since 2002, plus the release of a live album from a tour supporting Split Enz though nothing has happened on either front to date.