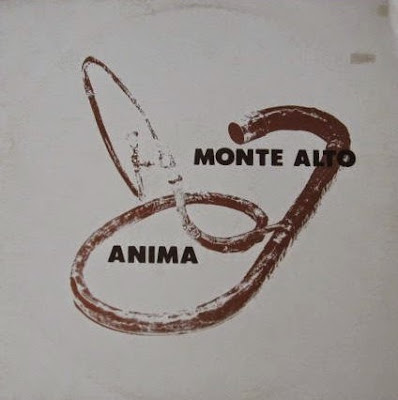 "Based around the married couple Paul and Limpe Fuchs, the group Anima, also known as Anima-Sound, was one of the most radically avant-garde and creative groups to emerge from the thriving Krautrock scene of Munich at the end of the 1960s. In fact, their improvised atonal sounds and unconventional instrumentation is much closer to the spirit of experimental free jazz than anything remotely close to rock music. The Fuchs began in the late '60s as part of the counterculture at the time. Adding to the conventional instruments such as drums, bass, and cornet, as well as wordless vocal yelps and screams, they created their own homemades, like the Fuchshorn, Fuchszither, and Fuchsbass to further enhance the strangeness of their structure-less music. A 1970 appearance of them in an X-rated exposé movie, Sex Freedom in Germany, finds Limpe, naked except for black body paint, banging away on drums and Paul on various inventions creating musical anarchy. Anima-Sound's first album, Stürmischer Himmel, was recorded in a 1,000-year-old cottage and released by Ohr Records in 1971. That summer, they also played the Ossiach, a three-day outdoor festival organized by famed Austrian classical/jazz pianist Friedrich Gulda that included Tangerine Dream and Pink Floyd. By then, Gulda had become close friends with the Fuchs and even joined them on their next few albums, including Anima released by the Pilz label and Musik für Alle, both of which came out in 1972. During the next few years, the Fuchs would often tour with Gulda and make guest appearances on his records as well. "Anima" continued to release records of their eccentric music, from the double It's Up to You in 1974 to Monte Alto in 1977. Recorded between 1978 and 1982, the double LP Der Regt Mich Auf/A Controversy included new bandmember Zoro Fuchs, son of Paul and Limpe, on drums. This same lineup of the three Fuchs is also on the double album Bruchstucke für Ilona, recorded in the summer of 1985 and released later that year. By 1987's Via, Anima had become Limpe Fuchs' solo project. She continued this solo career after that with an album every several years in a similar vein to the Anima records, with a high emphasis on creativity."
Posted by Unknown at 12:39:00 AM