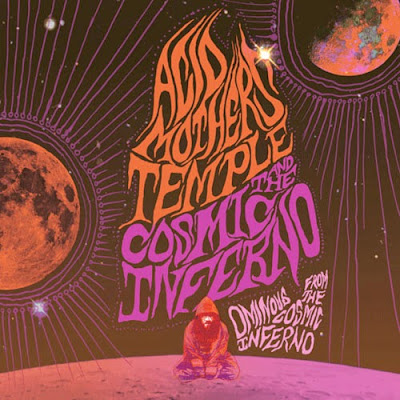 Nice to see an Acid Mothers Temple CD that has more than one or even two tracks to it. Pieces that I absolutely got the most out of were the tripping "Entrance To Hell" (with it's nice echoing vocal effects and freakout guitar), the seventeen-minute (sort of) ethnic sounding "Omen Amen" and the fourteen-minute sonic Japanese space-noise rock anthem (?) "Dark Side Of The Apocalypse"
Posted by Unknown at 2:47:00 AM