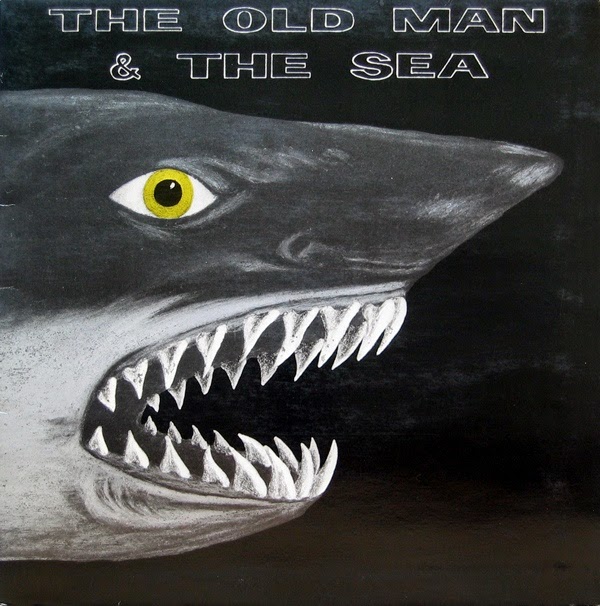 The Old Man and the Sea, taking their name from the novel of the same name, is another one-and-done band, a curse that often befell numerous prog bands of the 70's! Originally pressed in small numbers, frequently boot-legged and eventually reissued on CD, it's much easier now to track down their self-titled album and finally appreciate this terrific band. Probably playing interesting and adventurous hard rock instead of full-fledged prog, their sound was accessible and melodic yet still providing extended instrumental passages between exquisite vocal melodies. Think bands like Tonton Macoute, Skin Alley and Maelstrom for a lazy instant comparison, and maybe a touch of Atomic Rooster with the constant presence of the Hammond organ. Despite being very talented musicians overall, the band had two secret weapons in the confident and powerful vocals of Ole Wedel, and the searing electric guitar playing of Benny Stanley.

The deeply funky `Living Dead', the tale of a heroin junkie, is filled with thick rollicking upfront bass, spiraling Hammond runs and scorching hard electric guitar soloing in the extended middle instrumental section. `Princess' is a sweet country rocker with classy group harmonies before an extended instrumental break in the middle with a long extended guitar solo that highlights the heartfelt lyric. `Jingoism' is a wild and delirious rocker with lots of call-and-response vocal passages with a jazzy run of piano and loose drumming in the middle.

After the short organ solo `Prelude', several sections of the first part of `Monksong' have such beautiful lilting Jon Anderson-like sighed harmonies, dreamy acoustic strumming and chunky bass that it could easily have come from that wonderful first Yes album. The darting flute and Hammond duel in the final minute really goes off, while `Part 02' turns into a grooving heavy stomping rocker with spiky electric guitar and super-thick melting Hammond. Very foot-tapping and addictive, it could have easily been on any of the first three Atomic Rooster albums, if only the lyrics were a little darker and more occult themed! The dirty and brooding finale `Going Blind' is a serious slow-burner that lets all the players unwind and go out on a high. Lots of bluesy guitar soloing, hellfire Hammond, punishing bass and aggressive drumming, an uplifting and joyous piano-driven middle before the band literally goes into raucous meltdown attack mode in the final minutes.
Posted by Unknown at 2:34:00 PM

Email ThisBlogThis!Share to TwitterShare to FacebookShare to Pinterest
Labels: Denmark, The Old Man And The Sea