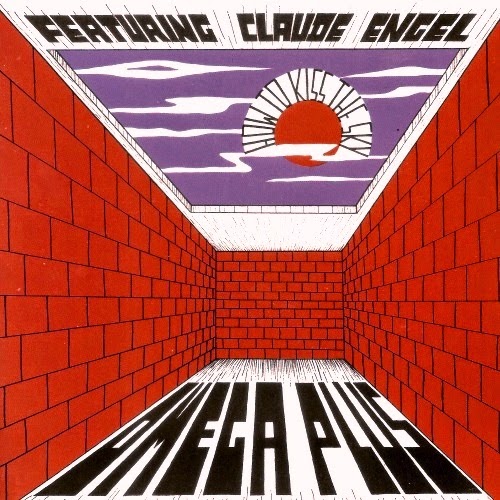 Recorded and released in 1969 in an edition of 1,000 when guitarist Claude Engel (later of Magma and others) was obviously very very young, this presents a pretty cool, exceedingly rare French power trio that combines blues-rock elements with freaky/psych elements in a very attractive way. [Shagadelic]

First ever real psychedelic release in France during the 60's. Omega Plus consisted of 3 session men including Claude Engel whoo's main career started with Christian Vander's Magma after Omega Plus disbanded. One and only 1969 LP now on CD. A mix of Folk, Psychedelia, Blues and Jazz and sung in English. Comes as gatefold hard paper sleeve version.


Featuring Claude Engel on guitar (later with Magma, Dayde, Univeria Zekt and many others), this is generally considered France's first psychedelic record (see also Dickens, Octopus 4 and Popera Cosmic). Interesting to note that Engel himself, on his website at least, does not even reference this album. I don't know why not, as it's not a bad example of the Hendrix psych sound, and with the addition of flute, adds more than the usual copyist acid psych rock that many American band were doing during this time. Also includes one long free rock improvisation that's pretty interesting. A short record, that doesn't even break the 30 minute mark.