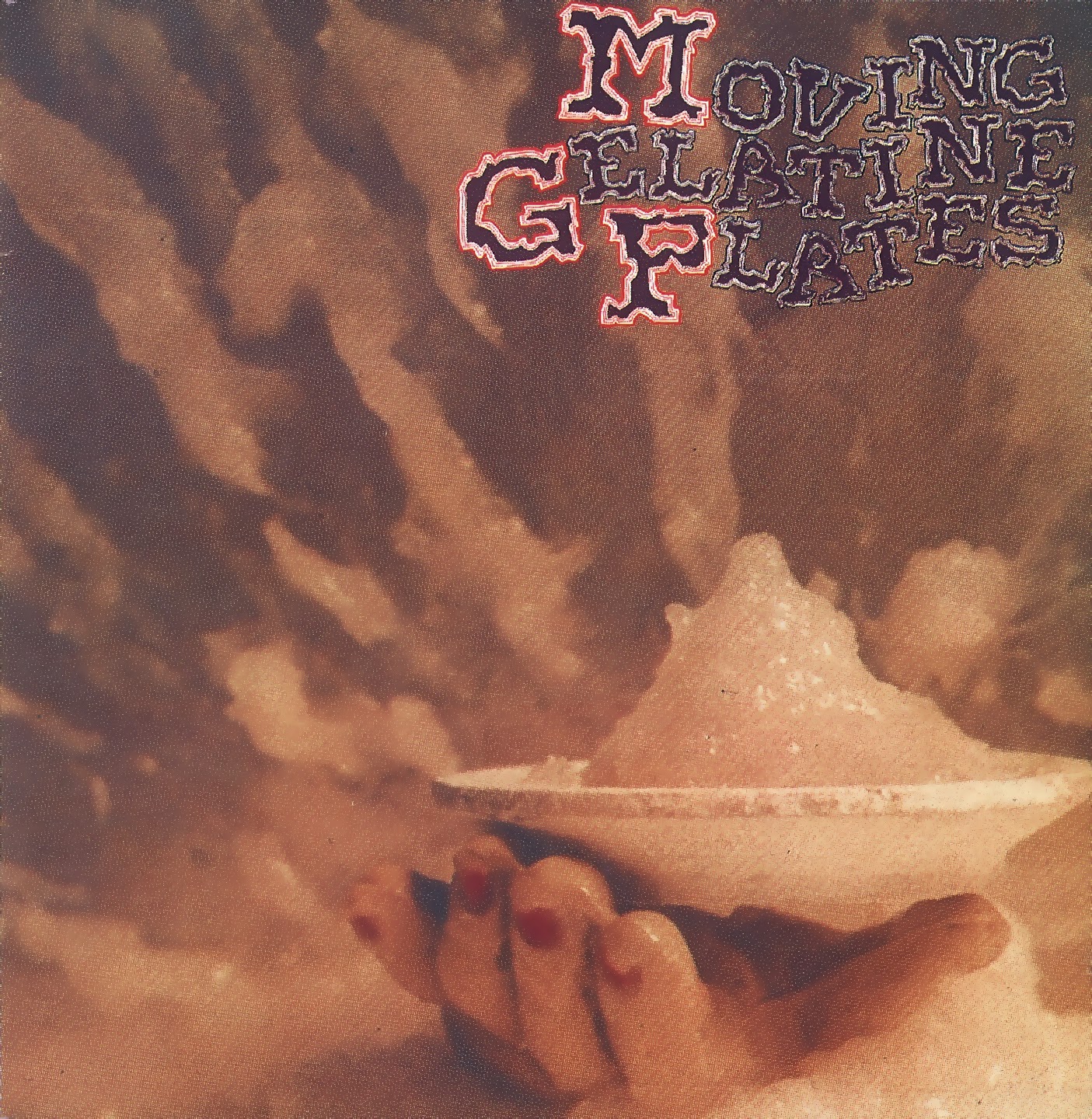 
On their impressive 1971 debut, France's Moving Gelatine Plates create a unique brand of jazz influenced progressive rock. Parts of the album are reminiscent of the music recorded by groups
from England's Canterbury scene (e.g., Soft Machine), but the Moving Gelatine Plates' driving rhythms and catchy thematic shifts set the band apart from their English counterparts. Drummer Gérard Pons pulls the listener along at a frantic pace on tracks like "Gelatine" and "Last Song". With help from the growling distortion provided by guitarist Gérard Bertram, Pons keeps the album firmly grounded in rock. Maurice Helmlinger's jazzy horn work and Didier Thibault's hopping bass lines provide a striking contrast to these rock underpinnings. Although most of the debut is instrumental, some vocal segments do surface. These segments, which are sung in English, are rather brief not surprising, since English was not the band's native language. On "London Cab", the Moving Gelatine Plates even include words from the nursery rhyme "Three Blind Mice". The lyrics on the rest of the album range from silly to cryptic, but considering the strength of the music, these shortcomings are
forgivable. Overall, the Moving Gelatine Plates deliver a debut that is both intricate and engaging, two features that are absent from so much of the progressive rock from the era.

Although England was one of the more fertile grounds for progressive rock in the early '70s, continental Europe was also home to many groups that contributed to the genre. The Moving
Gelatine Plates were one of the more innovative bands to come out of France during the period. The band's music was marked by shifting themes and alternating rhythms that were often delivered at a frantic pace. Like the groups from England's Canterbury scene, the Moving Gelatine Plates were also heavily influenced by jazz.

The Moving Gelatine Plates were formed by guitarist Gérard Bertram and bassist Didier Thibault, who met at school in Paris during the mid-'60s. Both men were enamored with the psychedelic
sounds of bands like the Doors and the Yardbirds and the duo soon created a group called the Lines. After a series of drummers came and left the Lines, Michel Coulon joined the group. Coulon's arrival marked a shift in sound to a more experimental approach. Coulon also brought the band a new name,
the Moving Gelatine Plates, a phrase he discovered while reading Steinbeck.

Coulon eventually left the band in search of a more profitable career. He was replaced by drummer Gérard Pons, whose formal music training meshed with the band's new experimental direction. Maurice Helmlinger, who played saxophone, trumpet, flute, and organ, soon completed the lineup.

In 1970, the Moving Gelatine Plates coaxed their way onto the stage at a music festival in Le Bourget, France. The band members couldn't afford tickets to the festival, which featured headliners such as Pink Floyd, so the Moving Gelatine Plates played for free in exchange for admission to the other shows. Their performance on a smaller stage in front of 400 people was such a success that the band was asked to play on the main stage for a crowd of 5,000. The Moving Gelatine Plates' appearance at Le Bourget brought them attention from the music press and the band soon had a cult following even though they hadn't released any albums. Their growing reputation also brought them attention from CBS Records, who offered them a contract. At the time, the band turned down the offer because of fears they would have to make their sound more commercial.

Augmented by a group of session musicians, the Moving Gelatine Plates returned to the studio at the end of 1971 to record their second album, The World Of Genius Hans. The album was released on CBS in 1972, but distribution and promotion problems once again plagued record sales. Like their debut album, The World Of Genius Hans received a warm response from the few critics and
listeners who heard it.

As a result of poor record sales, equipment expenses, and the band's inability to book shows, the Moving Gelatine Plates were soon in debt. Pons eventually had to sell his drums and gave up music altogether. The other members continued with new drummer Alain Clarel, but the band's financial woes quickly resulted in their breakup.

Thibault reformed the Moving Gelatine Plates in 1978 with all new members and renamed the band Moving. In 1980, the group released a self-titled album, featuring guest musician Didier Malherbe of Gong, on the small AMO label. This version of the band folded in 1981.
-- Andrew Helminger