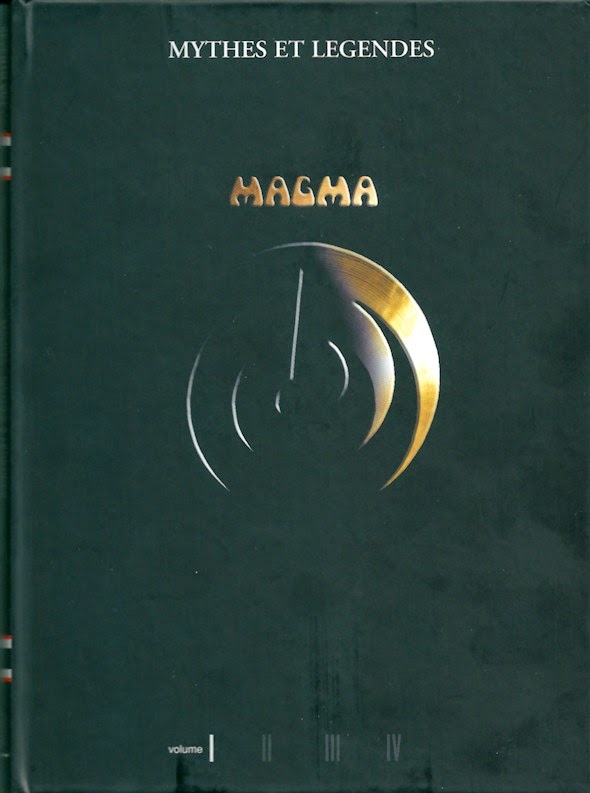 First of all, my rating is based on how useful this document is for fans of Magma or those interested in the band. Almost all live footage dvd's of Magma would otherwise be masterpieces because of the extremely high quality of the compositions and the live performance of this unique band.

On the Mythes et legendes dvd series Magma shows it can still play the material of it's entire career! On this first dvd (of the four) Magma digs into the first two albums of '70 and '71 and the long Theuhz Hamtaahk piece of '72. The arrangements and even the crew of the band are very resembling of the original recordings. For those who like the gothic Magma, this might be a step back. This is Magma as it was in the beginning: a jazz-rock/avant-garde band with psychedelic yet intelligent composition. I myself very much like the first two Magma albums and I'm delighted that the band gives some serious attention to this fruitful period of the band.

The three-piece wind-section works very well and classic Magma vocalist Klaus Blasquiz gives a very entertaining performance. His voice is very much like on the early Magma recordings. It amazes me how the sound of the pieces resemble the original recording. All pieces, even the avant-garde styled, are played without any visible problems and they sound really good. Stoah, Aurae and Iss are my favorites.

The quality of the dvd itself is not exceptional. The concert is filmed in a small venue and there are perhaps three of four cameras in static positions. The footage itself is not that exciting, but the performance is well recorded and that's what's important, isn't it? The sound quality is good.

Conclusion. This first dvd of the series is perhaps one of the most important. The material presented hasn't been played on other live albums/dvd's and this footage shows the compositions are really worthwhile of playing live. Some tracks from the debut-album have a better sound quality on this release. If you like the first phase of Magma or jazz-rock and avant-garde this is a real good treat.