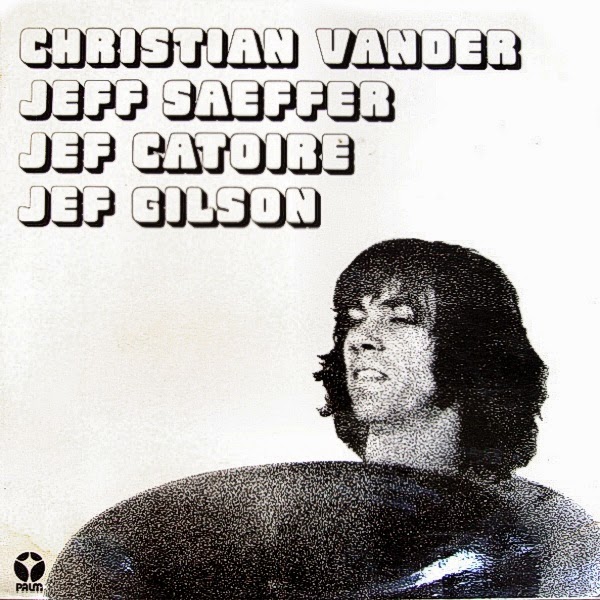 The first two tracks are the oldest recordings with Christian Vander on lp from a mid 1969 concert of the Jef Gilson Quartet in Paris. Those post bop tingued pieces surely are no must listen but show his jazz drumming competence and feeling in a good way, including his often claimed Elvin Jones influence. In my view also interesting is the soulful playing of Jeff Seffer on sax that predates his later involvement in Magma.

Vander wasn't amused when Jif Gilson published that pieces together with a session later on his Palm label without his permission. As one result of his veto you can see the red stripe on the cover that hides Vander's face. Also with the other two Palm label records with Vander he had problems. On the one with the Jef Gilson / Malagasy drummer Raholison that is devided in left and right channel, he wasn't aware that his playing will be distributed and on "Give the Vibes some" he is listed under a pseudonym.