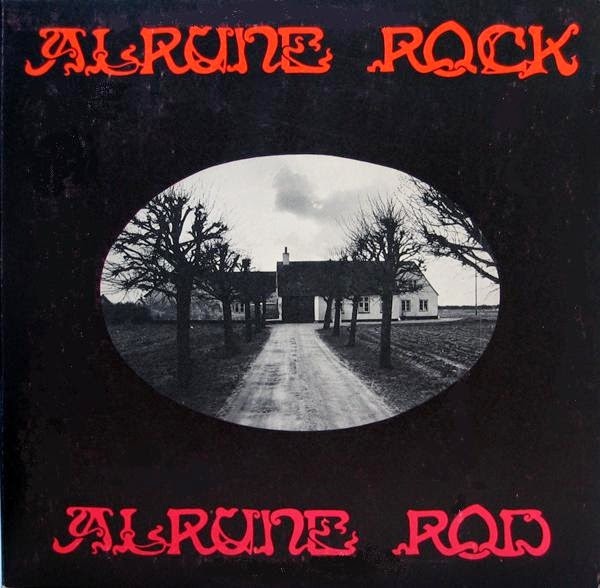 
With their third album AR made some concessions to commercial issues, even releasing an English-sung variant of the album, but shorter writing songs (no longer than 8 mins) where vocals take on a much more important and upfront role. With a comparatively bland (but wiser commercially) artwork featuring a bucolic landscape with a farmhouse, there still only six tracks on the album, but the mood is definitely set on more concise songs, allowing much less interplay than on the two previous albums. The group will again have line-up changes with Ziegler leaving, not really being replaced by another keyboardist, but by a second (rhythm) guitarist Ole Poulsen (who will co-write on all tracks) and a bunch of guest musicians to fill Ziegler’s shoes!

Starting on fairly strong Om At, sounding a bit like an average Spirit track, partly because of Giese’s guitar tone resembling Randy California’s, the album is a bit of a pot-pourri, as the next track, a rather dumb-sounding ballad overstaying its welcome. The two- part JegTaenker is definitely more reminiscent of the group’s previous two albums, but much more in its intro than in the latter parts, which can sound symphonic with the addition of a flute on a piano background, but ends in a fishtail fade-out.

On the flipside, Rock Sister features some sax parts, but the songwriting is weak and uninspired, not being helped much by some awful vocals that most amateur bands would avoid. Easily the group’s first three album’s weakest track! Fortunately the follow-up track Ikke Forstyrre is much more promising, sounding like Quicksilver Messenger Service’s debut album, Giese’s guitars is sounding a bit like Cipollina’s superb twangy wahwah guitar throughout much of the album. This track and Om At are the two highlights and just about save the album from sinking. Closing the album is a short and insignificant track, not bringing much more to the album.

On the whole, the album is a much livelier, happier collection of songs, (some of which are fairly good), but it is clear that AR lost a good deal of its soul in this metamorphosis. Significantly, electric and acoustic guitar are more upfront on this album at the expense of the keyboards, and Roden’s vocals are simply too weak to endure a whole album, especially for the sake of the listener’s ear.

This would prove to be their last album for the Sonet label as the group would create its own label Mandragora (but distributed by Sonet, if memory serves) and release three more albums in so many years. In the meantime, their third album is much less essential affair, but most progheads will not escape it, since early AZR works are on the Sonet Arene compilation, which seems to be the handiest and most easily available AR record around.
Posted by Unknown at 8:45:00 AM