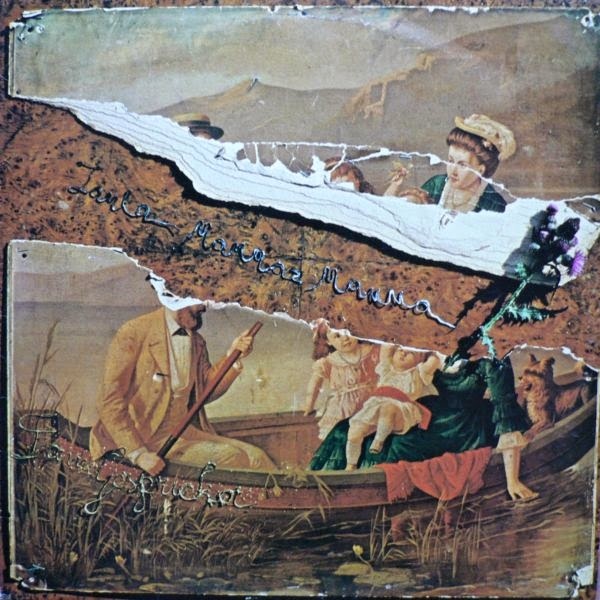 Guest musician:
- Hans Bruniusson / drums and some percussion on "Pappa"


IMHO, it was during their Zamla Mammaz Manna era that the combo extraordinaire Samla Mammas Manna delivered their best stuff - go figure, surpass the SMM material! "Familjesprickor" was their farewell album, so you can say that the Swedish band left the stage with flying colours (in fact momentarily, since a brief reunion took place a few years later). Apparently, this final phase was not easy to carry on: drummer Hans Bruniusson left soon after the recording sessions had started, and had to be replaced by Vilsot Hansson, while the curtain call ambience was clearly felt in the air during the time spent in the studio, performing, rearranging and mixing the new repertoire. Yet, you can tell that this ambience, so inconvenient in terms of emotional stability, proved to be fruitful in terms of musical merits and energetic performing. By this time, new guitarist Enio Haapala (Apetrea's replacement) had instilled an enhanced drive into the guitar parts making them more powerful and psychedelic, in this way, affecting the band's overall sound, which is now more sophisticated, more charged, more aggressive. The band themselves claim that the music in this album is not "as optimistic and happy as it used to be", but the listener should not expect mournful and/or languid music. Everything remains as colourful and exciting as always, only more tense, and as I already stated, more aggressive and more charged - that's where the inner tension comes from, mainly. There is also a decreased number of folly chanting, and that may be another hint of the lack of happiness in the album, a lessened desire to sing and hum. Regarding the repertoire itself, it's perfectly even in its richness and sense of surprise, all the time demanding a lucid awareness from the listener. Nevertheless, it is worth noting that the opening track displays an impressive mixture of polka and jazz rock, with some Frippian guitar and Zappaesque extravagant chord progressions in the keyboard parts. A great opener, indeed. Track 2 is more remarkably melodic, with guitarist Haapala assuming the leading role, except for a brief piano solo by Hollmer. 'The Forge' includes some disturbing guitar soundscapes and some delicious circus-like accordion chords on a funky-rock basis: something the listener needs to hear before the ultra-dadaist genius nonsense displayed in 'The Thrall' - Henry Cow fan membership required to enjoy this one. A bit less deconstructive but more intensely aggressive is 'The Panting Short Story', mostly due to the guitar parts: the odd tempos and bizarre chord progressions on keyboards keep things standing firmly on SMM's typical jazzy ground, but the hard rocking vibes in Haapala's riffs and picks remains prominent right until the end of the song. I feel the fade-out comes too soon - I wish this particular fave of mine would have been a bit longer. The nest two numbers bring some extra colours in ZMM's pallet: the reggae cadence in 'Pappa' comes pretty handy in order to convey some jolly, healthy sarcasm; the subtly added touches of Latin jazz in 'The Farmhand' helps to reduce the tension that has been predominant for most of the album. And finally, 'Kernel in Short and Long Castling' starts as typical SMM (burlesque + jazz complexity + folkish nuances), but it won't take long before the tension starts to show again, in this way providing a proper ending for the album.
Posted by Unknown at 5:21:00 PM