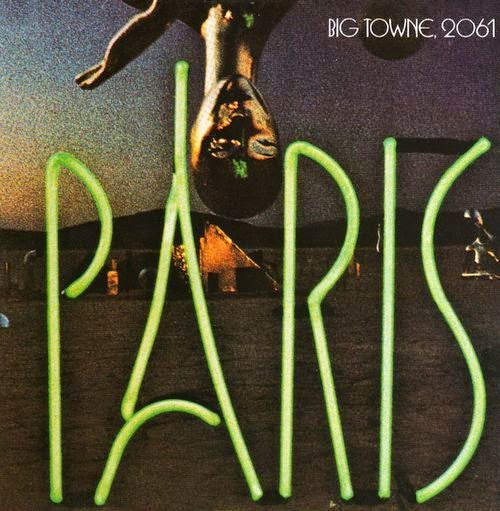 All songs written by Bob Welch, except where noted.

I didn't even have to go down stairs for this one.  I just pulled it off the living room turntable where it shows up a couple times a year.  Bob (Fleetwood Mac) Welch's version of a power trio was a commercial bomb.  Neither 2061 or the first album penetrated the billboard top 100.  It's a shame.  If I want to get pumped up in, I toss this on and listen to the frantic opening notes of "Blue Robin."  He's following Led Zepplin, but it's he's put his own identity on it as well.  Other tunes are trippy guitar excursions floating on waves of synth chords.  None of it sounds like the Mac with the exception of "Slave Trader," which could have fit on "Heroes are Hard to Find."  Best lyric:  "She likes money so much everytime we make love I got to keep my pants on, she likes to keep her hands in my pockets."

Sidemen for this LP were former Jethro Tull bassman Glenn Cornick and former Todd Rundgren (and future Bowie/Tin Machine) drummer Hunt Sales, whose odd backing vocals give the album a weird vibe.  It must have at least a few adherents as I saw the LP listed yesterday at a vinyl collector site for $21.  I used to own it on 8-track as well.

I remember quote from Welch from a Rolling Stone interview of Welch when it was released.  It went something like this: