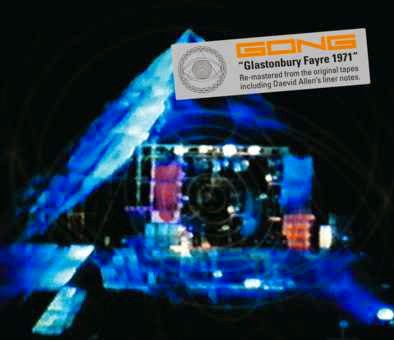 This is actually a very limited edition cd (500 copies) with music from gong, recorded live 1971.This was many people's vinyl introduction to the band and what an introduction it is. The perfect distillation of what it was to experience Gong in full flow in the late '60's and early '70's and even more. A Gong recording I never tire of and so little known by younger Gongsters due to the highly collectable nature and £150 price tag of a complete original Glastonbury Fayre triple LP set if you can find a copy. Hear it and be transformed.
Posted by Unknown at 8:38:00 PM