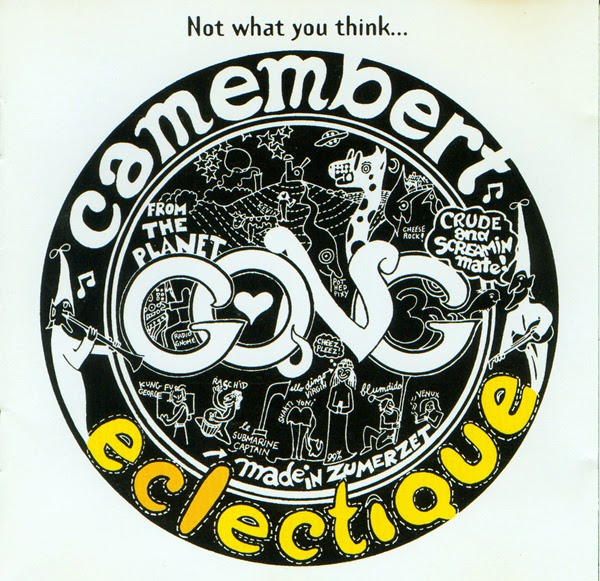 This is a special fan-club release containing some rare odds and ends from the very early Gong lineups. The top of the cover warns "Not what you think", probably because the cover is very similar to the similarly titled "Camembert Electrique". So do not be misled by the cover. On the other hand, don't ask for your money back just yet, because there is some neat stuff on this disc.

One bit of Gong history I learned from this is that the song "Jungle Windo(w)" from the late 70s "New York Gong" album (with Bill Laswell and Fred Maher) is actually a much older song, listed here as "Big City Energy", and sounding quite similar to the minimalist funk of the later rendition. Another thing I learned is that the "Gong Live" track called "Est Que Je Suis?" also had an earlier rendition, here titled "Garcon au Fille".

Two other tracks are of interest here: "Haunted Chateau Rehearsals" is a 12+ minute, creepy collage of spooky improvisations that will really get you out there. And to close things out, there is one of Daevid Allen's early pre-Gong tape manipulation experiments ("Gongwash Indelible"), a welcome look at Daevid's early avant-garde days.

Definitely for fans, but there's enough historically cool stuff that you probably won't find elsewhere to make this worthwhile for the fan.