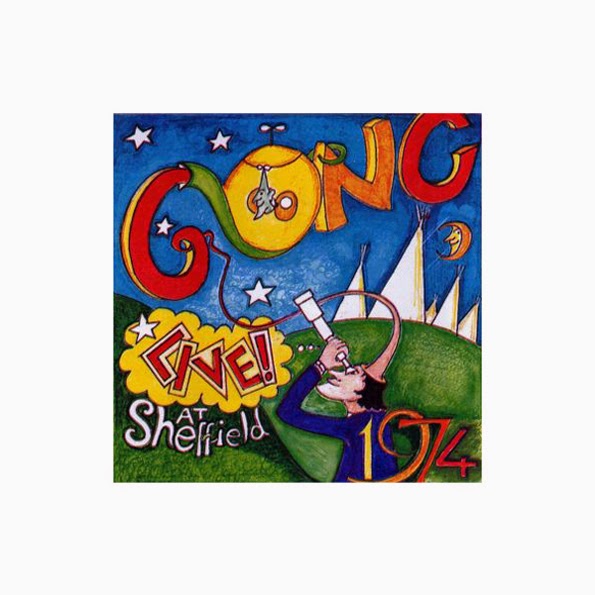 Another fab gig from back in the day.

In the long and bamboozling (to all of us) Gong tradition of, "you can't necessarily trust what it says on the tin", this release fits right in there. It has absolutely nothing to do with Sheffield (no idea where that came from?), nor indeed anything to do with 1974. The source gig is, I'm sure (as with 'Live au Bataclan'), the first half of 1973 in France. So where and when? Who knows? Who cares? What it certainly is, is the trilogy Gong band doing what they do best - there is some fabulous music here.

I'm not going to begin to try and sort out the mis-titled tracks, you'll recognise what they should be called when you hear them, because as with any prime-time Gong gig, to the listener it really doesn't matter what the songs are called. Once the Teapot is launched everything flows onwards merging together into one big (yep, I'm going to use the word) trip. It does it for me.

As with it's companion, 'Live au Bataclan', this release has not been sanctioned by the band and they can expect no income from it. To those making all the dosh - plant the odd tree at least please. I have just a handful of copies to sell.

As daevid says somewhere on the CD mid-gig, "And now we're going to sing a song about a clock made of ham." Wise words...

This version comes in a mini LP replica of the original gatefold LP cover (drawn by daevid), with a fold-out sheet containing some very entertaining notes by Didier Malherbe in English and French, plus a further sheet with the track info and drawing of the band by daevid.