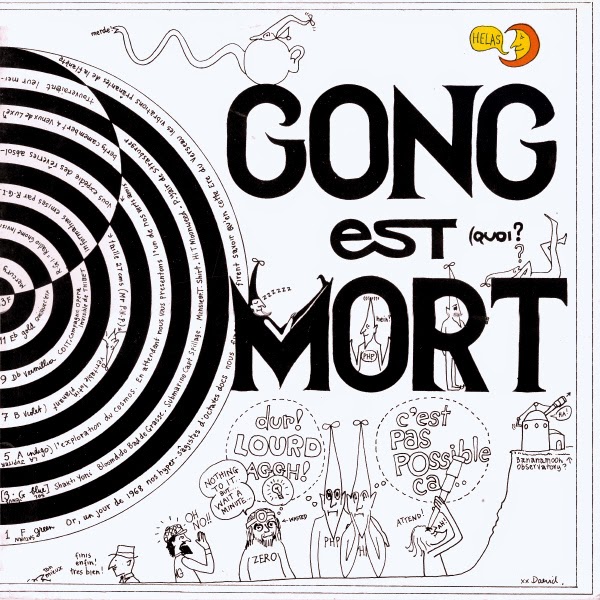 The core lineup of the Radio Gnome years had a reunion in Paris in 1977, the highlights of which are presented in Gong Est Mort? Vive Gong! Say what you like about the band: they certainly weren't overprotective of their name, allowing various spin-offs and factions to use it over the years - for instance, this reunion took place right when the Pierre Moerlen-led lineup hadn't yet officially changed their name to Pierre Morelen's Gong, but Moerlen, Howlett and Malherbe have no qualms about abandoning their fusion experiments in order to bring back the old pothead pixies magic.