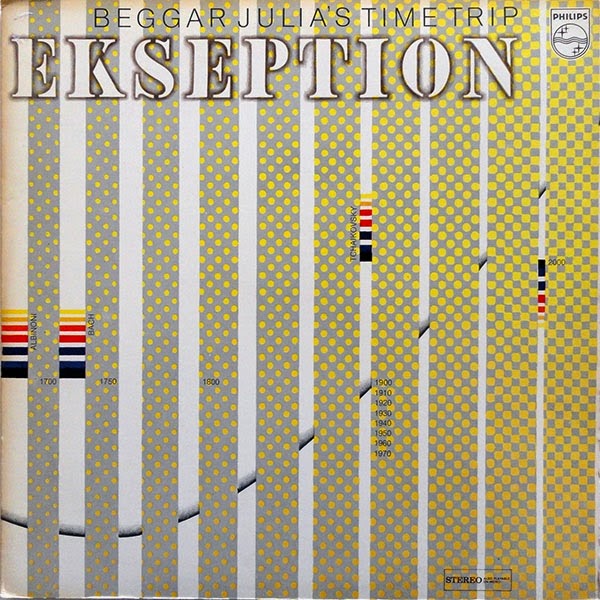 
The success of debut album had made Rick van der Linden became the band's official leader. On the band's second album "Beggar Julia's Time Trip" he was the main writer, composer and arranger of the band. While on first album was pure instrumental piece, starting from this second album (followed later with the third) the band had included singer Michel van Dijk. It's actually obvious that Ekseption is by definition is an instrumental band because the characteristic of their music sounds better with no vocal.
It was quite interesting to me that this album was basically a concept album about a beggar named Julia who traveled through the passage of time from hundred years ago until recent days. It's quite interesting also with the narration throughout the album by Linda van Dijk. "Overture" opens the album with flute-work followed nicely by van der Linden's organ sounds. Through "Adagio" and "Italian concerto" Rick van der Linded demonstrates excellent organ work. "Concerto" is also another excellent track with excellent guitar work.

Overall, this is not something masterpiece but it's very good especially with the fact that this was an attempt to a concept album which I thought that it was first started with Genesis "The Lamb Lies Down on Broadway". Keep on proggin' ..!
Posted by Unknown at 5:39:00 PM