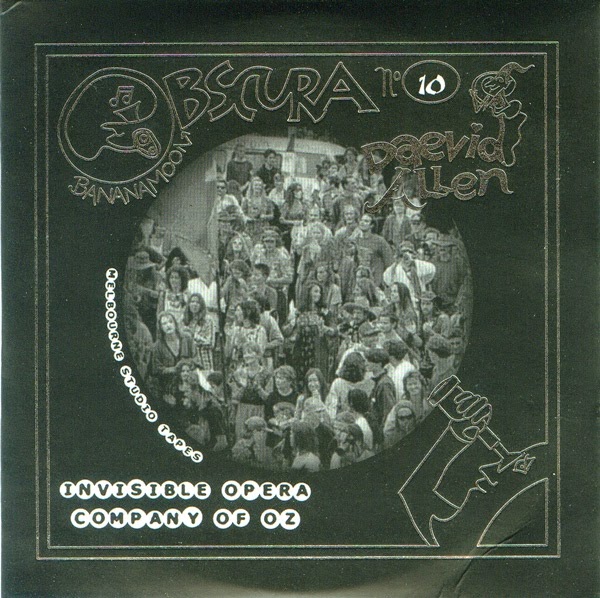 Funkier, wilder and more relaxed than the released high studio gloss versions these well-known tracks are great fun and totally recommended to all who appreciate Daevid's late '80's/early '90's solo and non Gong band output. This is the most hi-fi Obscura release so far.

In February 1990 Daevid returned to Melbourne from the UK where this spontaneous demo session took place at Harry Williamson's Spring Studio in St. Kilda. The all electric treatment given here by Daevid and Harry with Kangaroo Moon violinist Eliet Mackerell and the Mothergong rhythm section throws a new light on the songs.
Posted by Unknown at 7:47:00 PM