Daevid Allen
1977
Now Is The Happiest Time Of Your Life 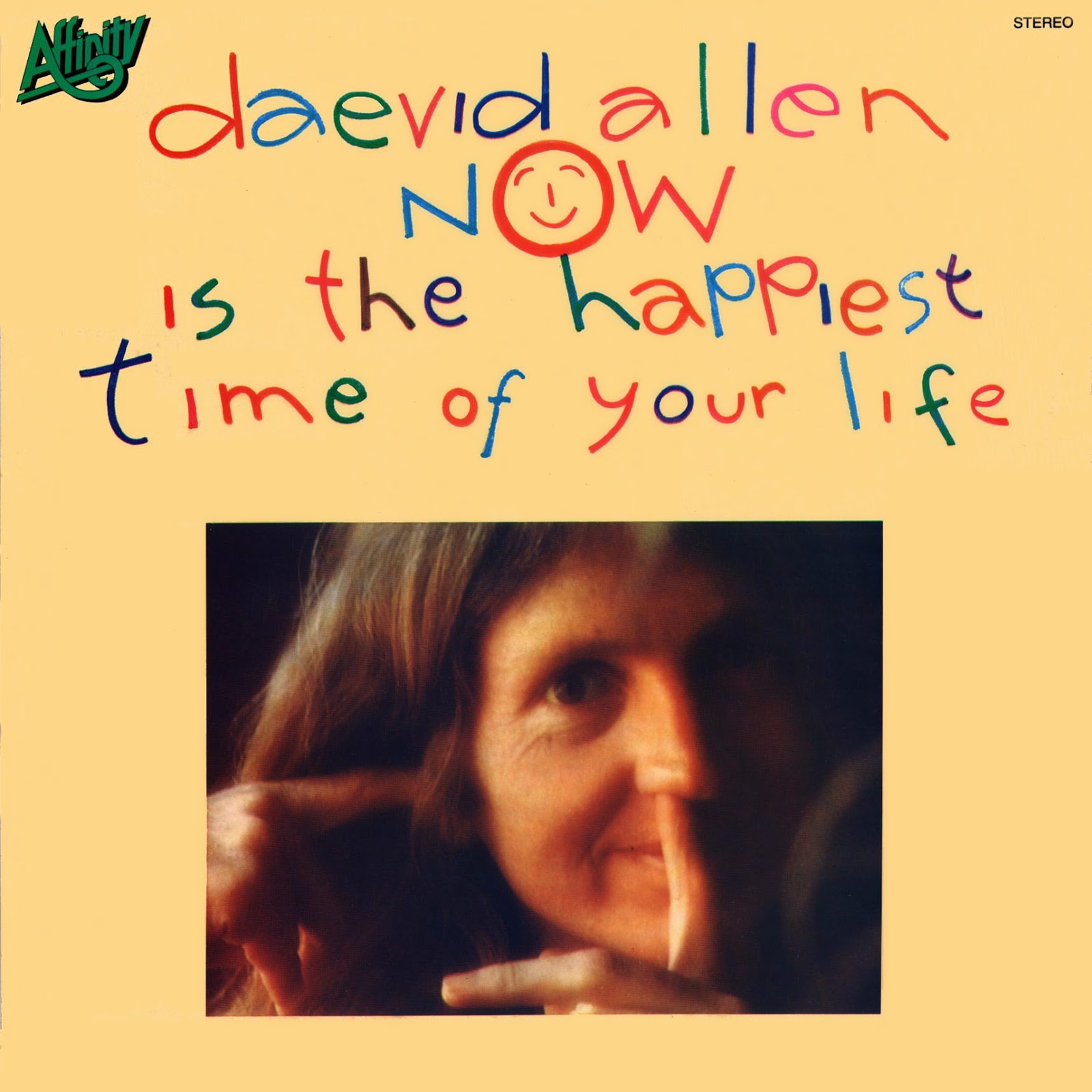 
For my money, this is Daevid Allen's most enjoyable (semi-) acoustic album. It is so endearing that I recommend it unreservedly to everyone who enjoys Daevid's singing on (say) ANGEL'S EGG's original B-side. Tracks like 'Why do we treat ourselves like we do' and 'Only make love if you want to' are intimate and wistful; they also have lovely melodies, and you'll feel as if Daevid were right next to you, warbling away and playing his acoustic guitar. Somehow, nothing on GOOD MORNING (which was distributed more widely than HAPPIEST TIME) touches me as deeply as these particular two tracks. They really show you Mr. Allen's gentlest side.

Most of the other compositions are equally enjoyable. 'Tally and Orlando...' is a string synthesizer-driven waltz, during which Daevid takes a ride in a real flying teapot with two of his children (or grandchildren?) It ends delightfully, with the kids chanting: 'Daevid must be joking!' Exactly so. 'See you on the Moontower' is Daevid and his electric guitar (with lots of echo on his voice) in rockabilly mood, but without bass or drums. 'Poet for Sale' features Daevid reciting a satiric poem in protest against the commercial exploitation of artists. On the album's original B-side, the most ambitious piece was 'I Am', a wonderfully dreamy piece of Ambient music (let's just not call it 'New Age', O.K.?) with lots of mellow synths, harp, glissando guitar, and the somehow unbearably moving sound of a donkey braying in Deya, Mallorca, where this album was recorded.