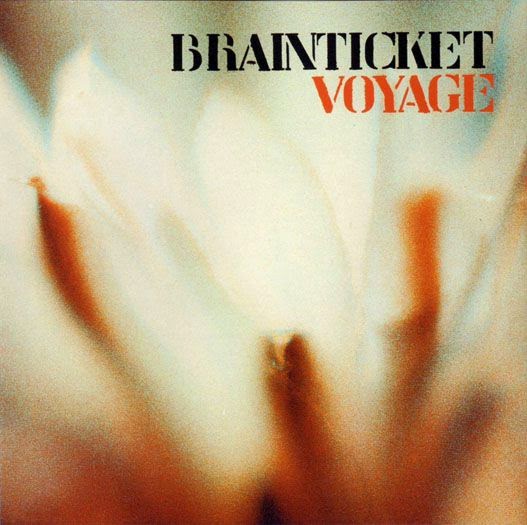 
ack in 1973 after the release of Celestial Ocean, BRAINTICKET had pretty much disappeared. Eventually, around 1979 Joël Vandroogenbroeck resurrected BRAINTICKET, but this time, as an all-instrumental keyboard/percussion-dominated outfit with no guitars. Being the early '80s, there were no record labels willing to release this stuff, so Joël Vandroogenbroeck simply released this privately. "Voyage", being an early '80s recording, sounds suspiciously like a 1976 recording. Nothing '80s sounding here, the clavinet, Fender Rhodes electric piano Mini Moog and lots of other electronics and percussion dominate here!

The album simply consists of two side length cuts, all improvised, and the music turns out quite impressive. I heard somewhere that when Purple Pyramid reissued "Voyage", they accidentally used the music for the previous album, from 1980, called "Adventure", for this disc. If that's the case, that explains why Voyage sounds like it was released before "Adventure", even though it was released after. I have to get the LPs of both albums to know if that is true. But regardless, BRAINTICKET, in the early '80s, somehow forgot the '70s was over, and this album ends up being the most '70s sounding album I've heard from an early '80s release. Fascinating album, and if you like analog synths, you'll like this.