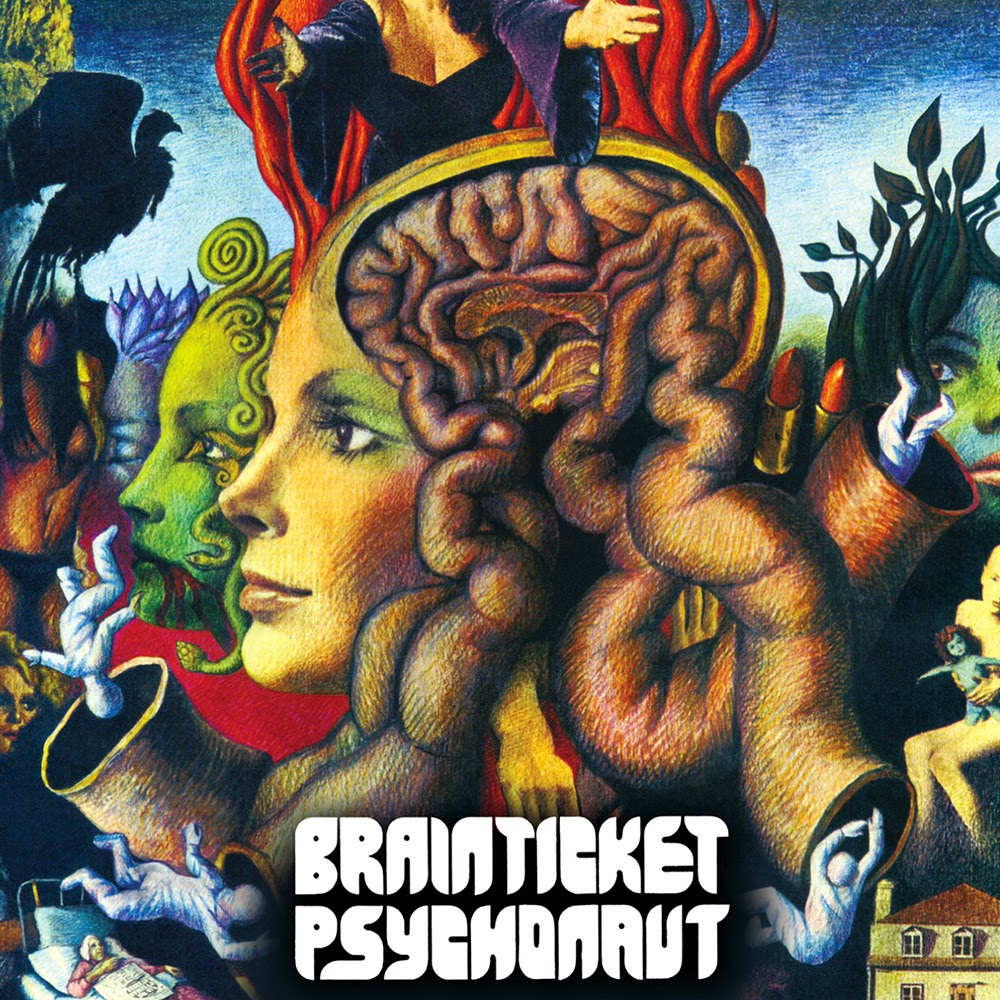 The original BRAINTICKET had already collapsed after the recording of "Cottonwoodhill". Some of the members went to join future member of the Swiss prog band ISLAND (who released the album "Pictures" in 1977) Benjamin Jäger, and named the group TOAD. That group sounds little like BRAINTICKET, or like a precursor of the "Island" sound, but more like conventional hard rock. Meanwhile organist/flutist Joël Vandroogenbrock simply resurrected BRAINTICKET with brand new musicians (amongst them being Carol Muriel, Barney Palm, Jane Free and others).

The result being "Psychonaut" was an obvious reaction to their previous album, as this album was the complete opposite, going for actual songs here and avoiding any disturbing experiments. "Radagacuca" is that prime example, which starts off with some trippy organ, some echoey flutes, and of course, silly lyrics. "One Morning" is a wonderful, piano oriented piece with pleasant vocals. "Watchin' You" is one of the more heavy, rocking pieces, and is by far the most rocking piece I ever heard BRAINTICKET do. "Like a Place in the Sun" features some spoken dialog, with parts reminding me of EARTH & FIRE (that's where people mistakenly think BRAINTICKET was a Dutch band, although Brainticket purposely obscure their nationality, as the band often consisted of international musicians). "Feel the Wind Blow" is a much more laid-back, acoustic piece, with George HARRISON like guitars. "Coc'o Mary" is a heavily percussion-dominated piece that sounds like a cross between SANTANA (because of the Latin-style percussion) and JETHRO TULL (because of the Anderson-like flute). Incredible album, which shows everything that was great in the early '70s!
Posted by Unknown at 9:41:00 PM