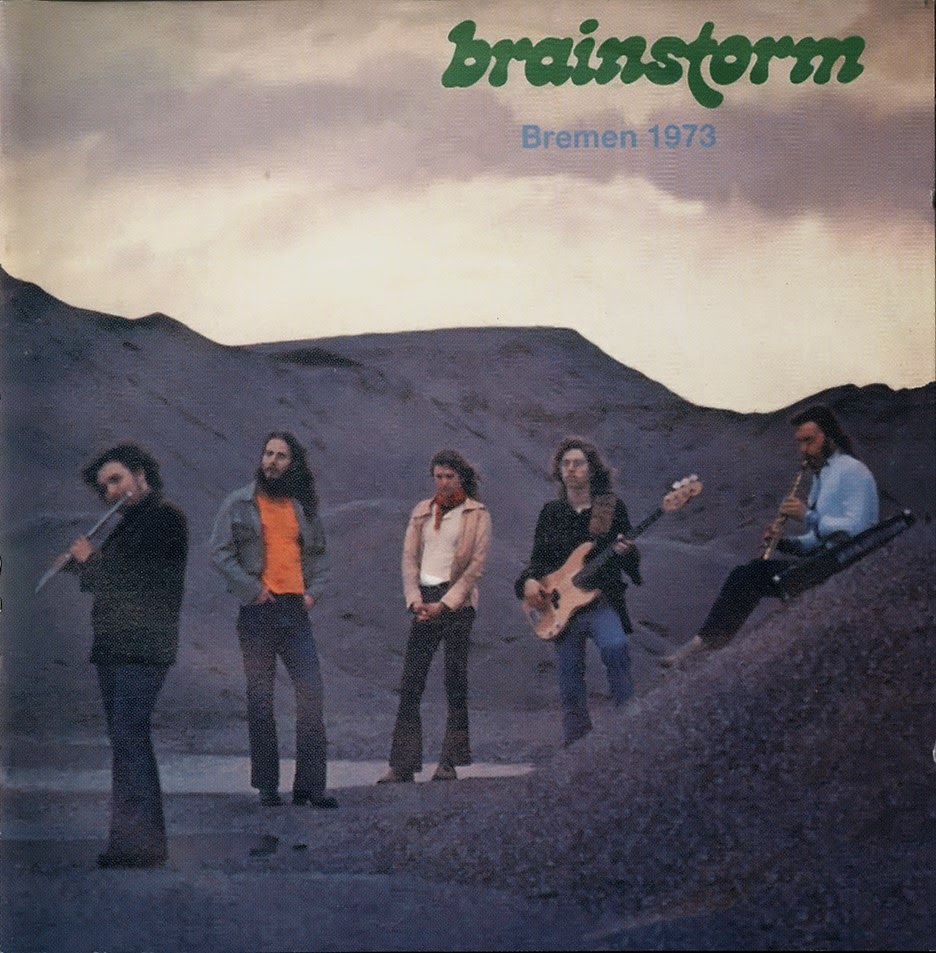 In 1973 the German jazz-rock band Brainstorm played live on a “rainy Saturday outside the machine shed of the Bremen College Of Technology”, a show that was broadcast live by Radio Bremen as part of their “Jazz Live” show.

What stands out about Brainstorm live are the flute and saxophone passages that are all over the place. The band plays mainly material from their second album, “Second Smile”, with three tracks from their debut “Smile A While”. “You’re The One” is the track that starts out sounding as if they’re going to break into a rendition of “Feeling Alright”.

“My Way” rolls right into a heavy, fusiony jam. Schaeffer gets a little more torchy for the latter half of this piece, as the rhythm slows down, gets a little sultry and laid back.

“There Was A Time” begins with a flurry of notes being played, like a little tornado twirling through, before what remains behind slowly resolves itself to late night jazz before coalescing into something a little less “freeform” — extending to more than 14 minutes. “Hirmwind”, which comes two tracks later, goes from having been a 5-plus minute studio version to here a 21 minute live version. The spaciness of the studio version is only partially present here in the live setting, Dernov’s bass back in the mix until about the 3 minute mark. Of course, the time is lengthened by solos, including the obligatory drum solo.

If you like noodly jazz, and want to hear it performed in a live setting, then Bremen 1973 is the album to get. As a live recording, the sound is very, very good. Aside from the live feel and the obvious audience applause between pieces, you’d not really know it was live. The vocal performance on “Marilyn Monroe” is a bit weak and recorded quietly, but the music otherwise comes through. Each instrument can be clearly heard, each cymbal crash, keyboard note, each throb of the bass, etc.