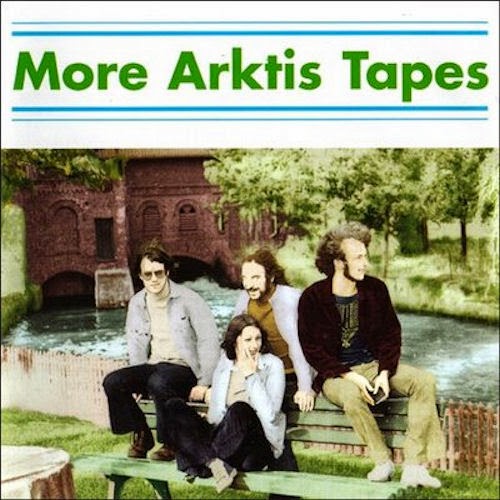 After three failed attemps at getting signed to a label by releasing their own albums privately, ARKTIS called it quits.This particular release is a compilation of unreleased tracks, live tracks and a couple of long improvs. At 74 minutes this certainly has it's hits and misses but overall this is my favourite release from the band. I had mentioned earlier that I was surprised at how good the bonus tracks were on their first three albums and wondered why they weren't on the albums because some of these songs were not only amazing but better than the ones they used. Well here's more evidence that this band was very talented and maybe didn't always release the songs maybe they should have.

"Picture" is a favourite of mine with the melancholic guitar that is restrained. Vocals after 2 minutes are reserved. A little more energy but not much more before 4 minutes then back to that earlier mellow vibe wih vocals. "Rare Girl (Slight Return)" rocks out pretty hard then "Stepping Ahead" comes in with it's slow but raw style. It does pick up 1 1/2 minutes in and even more after 3 minutes.They are jamming folks.The guitar is lighting it up 8 minutes in.

"Guitar Emotion" sounds great with the guitar, bass and drums leading the way. It picks up 6 1/2 minutes in then settles as a bass solo takes over before 8 minutes.The drums and guitar then return. "Organ Growler" is catchy with organ coming in over top. Guitar before 3 minutes then the tempo picks up. "Highlands" has this laid back guitar and sound. I like it. It builds then settles back before 5 minutes.

"Rollin' And Grumblin" has these raw guitar leads that are fantastic. "Proud And Loud" has lots of ripping guitar in it. "Arktis Boogie" is just that.

"Space Walk" is much better. Killer tune. "Let The Music Play" isn't the best. A weak vocal track really. "New Rock (Live)" opens with the band or the song being introduced in German. Sounds like it belongs on the debut album. I like it.