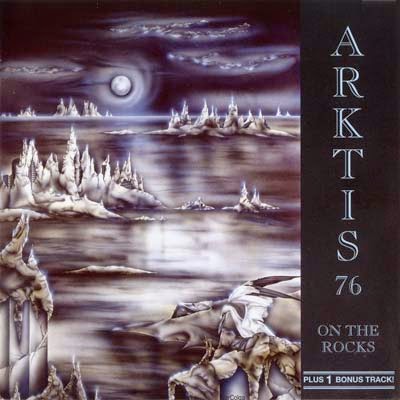 This was ARKTIS' third attempt at a self-released album in order to get a record deal. Unfortunately the third time wasn't the charm. Actually after the last album two important members being the lead guitarist and bass player left the band feeling disillusioned with everything.The female singer and drummer decided to keep the band going and recruited not only a new guitarist and bass player but a keyboardist.They decided to make this album similar to the debut with shorter songs on side one of the LP and a side long suite on side two. As usual Conny Plank gave some assistance in the studio. After this was released they were actually working on album number four but when the news came out that this was their worst selling album to date they folded up the tent and called it a day. I feel that this is the worst of the first three albums. Funny thing though is that the bonus tracks on each of the first three albums are in most cases better than one they decided to release on the actual albums. And this is proved by the following release called "More Arktis Tapes" which is a compilation of songs they didn't use on their albums. It's their best release by far !

"Loneliness" is the side long 20 minute suite.The weird thing about this one is that it reminds me of THE CHURCH with those reserved vocals and that repetitive melancholic sound. I like the bonus song better than the album tracks.

I would have sworn with this album and the previous one that it was a guy singing. She doesn't sound at all like she did on the debut but she's the only one listed as the singer so...I guess she decided to sing in a deeper more reserved manner which was too bad really.