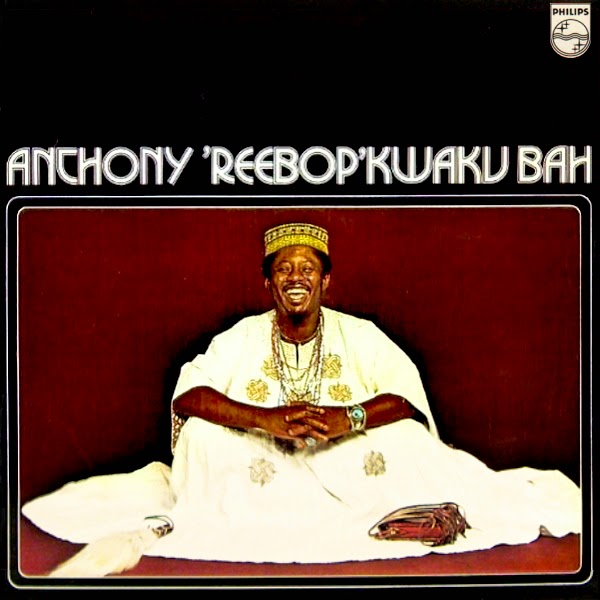 
The rhythms of Nigeria were brought to British rock by percussionist/singer Reebop Kwaku Baah (born Remi Kabaka). A member of Traffic during the early '70s, Baah became the only non-founding member with the group longer than Dave Mason. He subsequently worked with German rock bands CAN and Zahara, and recorded several impressive solo albums. His 1977 album Trance was a collaboration with traditional Moroccan musicians from the mystical Ganoua sect. A native of Lagos, Nigeria, Baah moved to England in the '60s. He was living in Sweden in 1971 when Steve Winwood invited him to record and tour with Traffic. Although he remained with the group for the remainder of the '70s, he balanced his involvement with solo projects. His debut solo effort Reebop, recorded with Swedish musicians and released in 1972, was followed by Anthony Reebop Kwaku Baah in 1973 and Trance in 1977. His final album, Melodies in a Jungle Man's Head, released in 1989, was left unfinished. In addition to his work with Traffic, Baah contributed to albums by Winwood, the Rolling Stones, and Ginger Baker.
Posted by Unknown at 7:52:00 PM