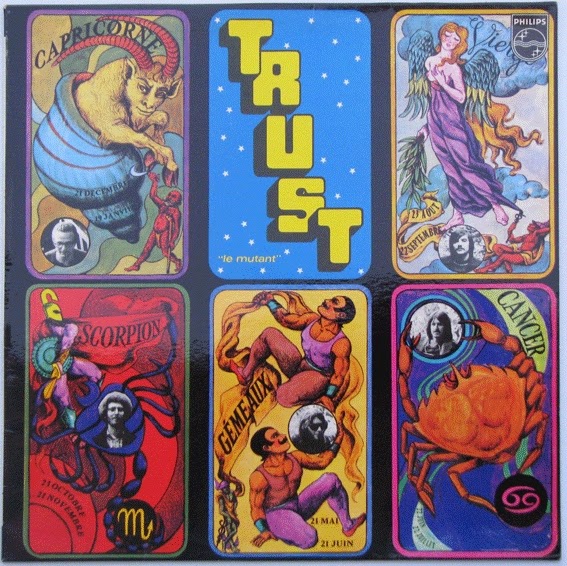 
"Le Mutant" is basically a French pop rock album, with a distinct British proto-prog feel where The Beatles have to be considered an obvious influence here, despite it all being sung in French. Similar to countrymen Iris and M.O.T.U.S. in that same way. Not as adventurous as the first two albums from Alain Markusfeld, for example. Speaking of which, it is rumored that both Markusfeld (guitar) and Jacky Chalard (bass) play on this (though uncredited). Non-essential fluff for the most part, but a good one to hear for specialists. This Trust is not related to the French hard rock group of the same name that later supplied Iron Maiden with its drummers.