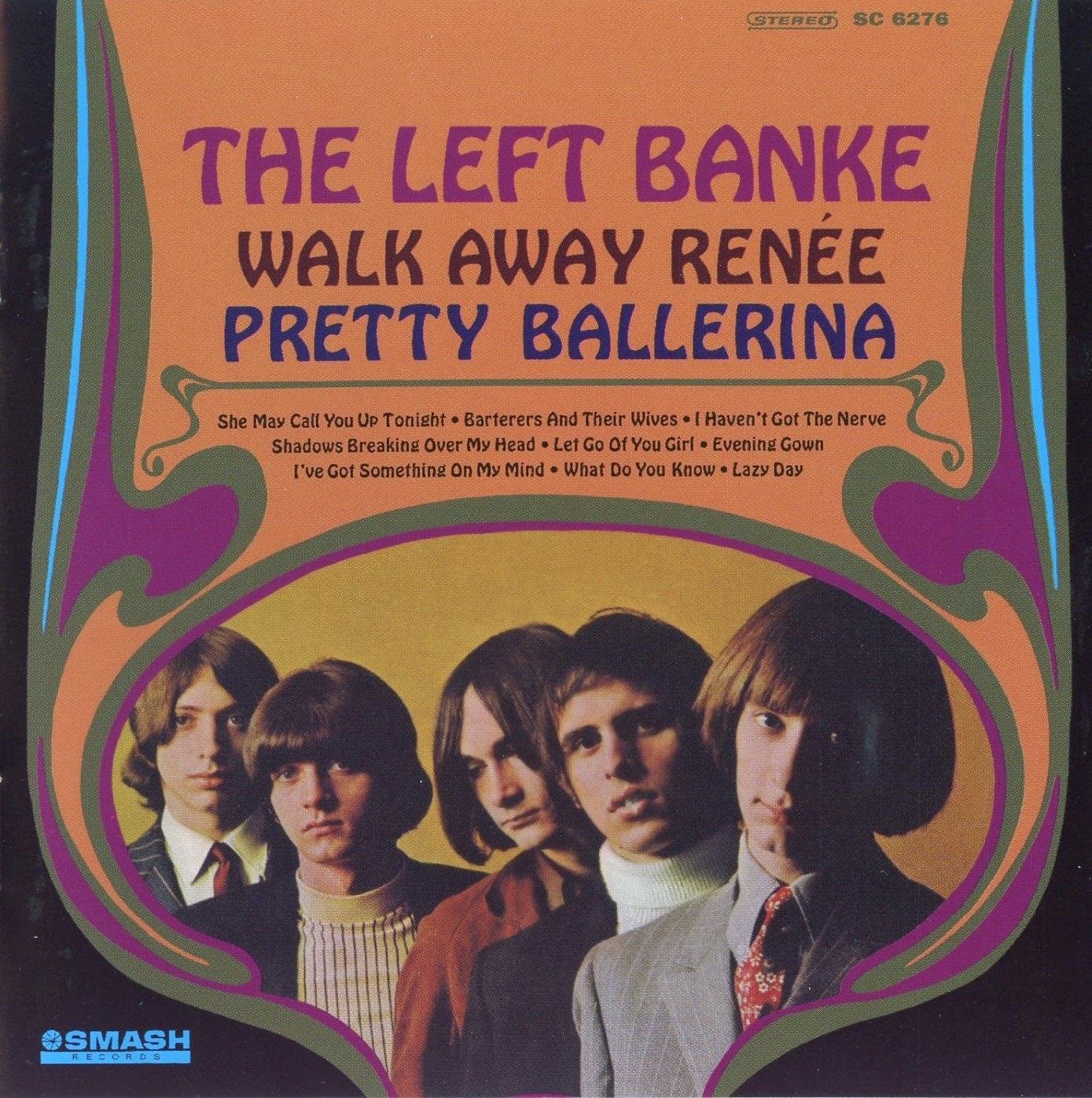 Michael Lookofsky (aka Michael Brown) began his professional musical career working as a keyboard player and assistant at his father's New York based World United studios. The job brought him into contact with engineering assistant Steve Martin, former Morticians drummer George Cameron and former Magic Plants bassist Tim Finn. Discovering a mutual love of popular music and harboring fantasies of becoming the next Beatles; the quartet began hanging around the studio, working on a mix of popular covers and original material. Brown's father producer Harry Lookofsky, took an interest in Martin's voice and the boys' ability to harmonize, eventually deciding to record some of their material. The band's breakthrough came when they recorded the song 'Walk Away Renee'. Written by a lovesick Brown, then lusting over Finn's girlfriend, the song featured an arresting harpsichord solo and Martin's borderline cloying vocals. Originally shopped around to dozens of companies, none expressed an interest in the song. Luckily for the band, having produced the song at his own expense, Lookofsky persisted in his efforts to market the song, eventually convinced Mercury's Smash subsidiary to pick up distribution rights. Released as a single, (b/w 'I Haven't Got the Nerve' Smash catalog number 2041) the track became a sudden and unexpected hit, cresting at # 5, turning the group into overnight stars.

Braced by their initial success, in early 1967 the group returned to the studio to record the sound-alike follow-up single 'Pretty Ballerina' b/w 'Lazy Day' (Smash catalog number 2074). Like it's predecessor, the single became a top-40 hit. As was then normal marketing practice, hoping to capitalize on their initial successes, the group was rushed into the studio to record a supporting album. Unfortunately, with the exception of Brown, who was a classically trained keyboardist (and who had written most of the band's material), none of the other members had any musical training. As a result, they found themselves with very little to do in the recording process. Relegated to the sidelines, most of 1967's cleverly titled "Walk Away Renee/Pretty Ballerina" was played by studio musicians including guitarist Hugh McCracken and drummer Al Rogers. Adding insult to injury, producer/manager Lookofsky booted guitarist Winfield, replacing him with former Spyders guitarist Rick Brand. Still, in contrast to most quickie albums, the collection proved a sterling debut. While hastily recorded with minimal investment and in the midst of a personnel upheaval which saw guitarist Winfield replaced by Rick Brand; Brown's sweet voice and uncanny commercial instincts (he wrote or co-wrote all but one track) carried the day. Exemplified by material such as 'I've Got Something On My Mind', 'Let Go of You' and 'I Haven't Got the Nerve' the album featured a highly enjoyable blend of top-40 pop and more ornate instrumentation. Labeled 'baroque' by the press (thanks to their use of harpsichords and classical influenced string arrangements), the album made for one of the year's freshest and most enjoyable debuts. Elsewhere, the feedback propelled 'Lazy Day' stood as the collection's oddest offering. Inexplicably, in spite of two top-20 singles, the set could do no better than # 67. Adding to the band's problems, shortly after the album's release a frustrated Brown quit to pursue solo interests

Email ThisBlogThis!Share to TwitterShare to FacebookShare to Pinterest
Labels: Stories, The Left Banke