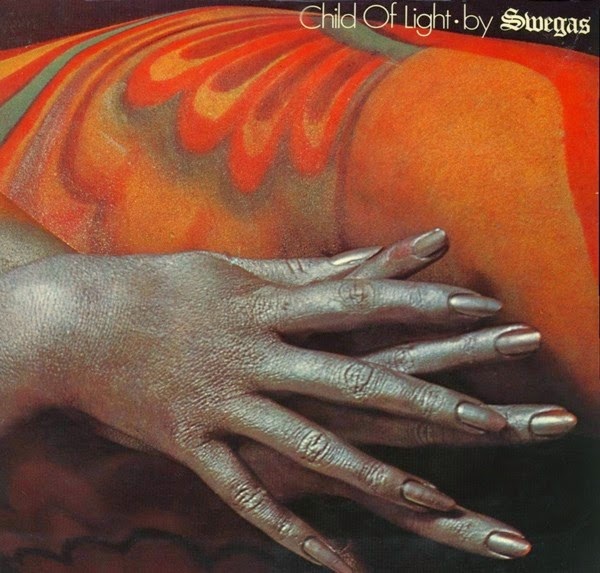 The first Swegas album released by the Barry Class Record Company (Trend) was Child Of Light. Recorded early 1970 in Tangerine Studios, Kingsland Road, Dalston, N8, this was the only album released in the UK. It demonstrated that Nick Ronai as the principal arranger of the band had a unique voice. As he said later "I didn't know how to do jazz voicing back then  my experience was more classical". And thank God because, above all else, it was Nick's musicality and his arranging style that gave Swegas it's sound. In retrospect it's hardly a perfect performance or recording but this album does go somewhere to show what SWEGAS might have achieved had they the time and funding to hone this quality to perfection. The material was certainly some of their best, and with the exception of the Rare Bird song Beautiful Scarlet, it is all original.

Email ThisBlogThis!Share to TwitterShare to FacebookShare to Pinterest
Labels: Swegas