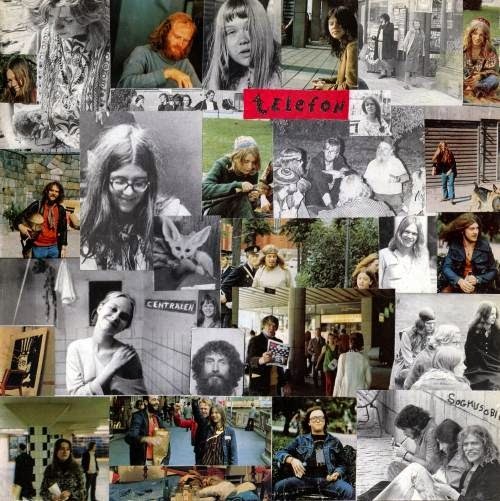 Great underground freak rock with a totally wasted vibe. With organs and guitars all over the place, music going in every direction possible . Highly recommeded. Some of the guys later appeared in the slightly more bluesy Levande Livet. Released on Pugh's Gump label this is Rare.

Ok Guys, prepare for this: a totally wacky psych artifact, an unbeliavable album indeed! full of manipulated instruments (like the piano) studio trickery and hippies declamating in a loud and hysterical way!.

If you want to make an idea think in Damo Suzuki, Frank Zappa, Holger Czukay, Captain Beefheart and Bob Dylan planning to record all together their version of Their Satanic Majesties Request.

The lyrics are both in english and swedish, and believe me, are funny as hell, hilarious in a hippie relaxed irreverent mood.

Really guys, this is THE CLASSIC SWEDISH PSYCHEDELIC ALBUM , ¡a pretty insane and wacky trip!

By the way, Mowinckel, one of its members were previously on Flasket Brinner (prior to their first album) and Atlantic Ocean, and before sogmusobil on Levande Live

Johnny Mowinckel previously played with the Atlantic Ocean as well as in Fläsket Brinner (but left the group before their first album). Sogmusobil is said to sound like a mixture of Träd Gräs & Stenar, Bob Dylan, Can, Lea Riders Group and The Rolling Stones psych album "Their Satanic Majesties Request". The lyrics, some in Swedish and in English, are said to be very touchy and funny.