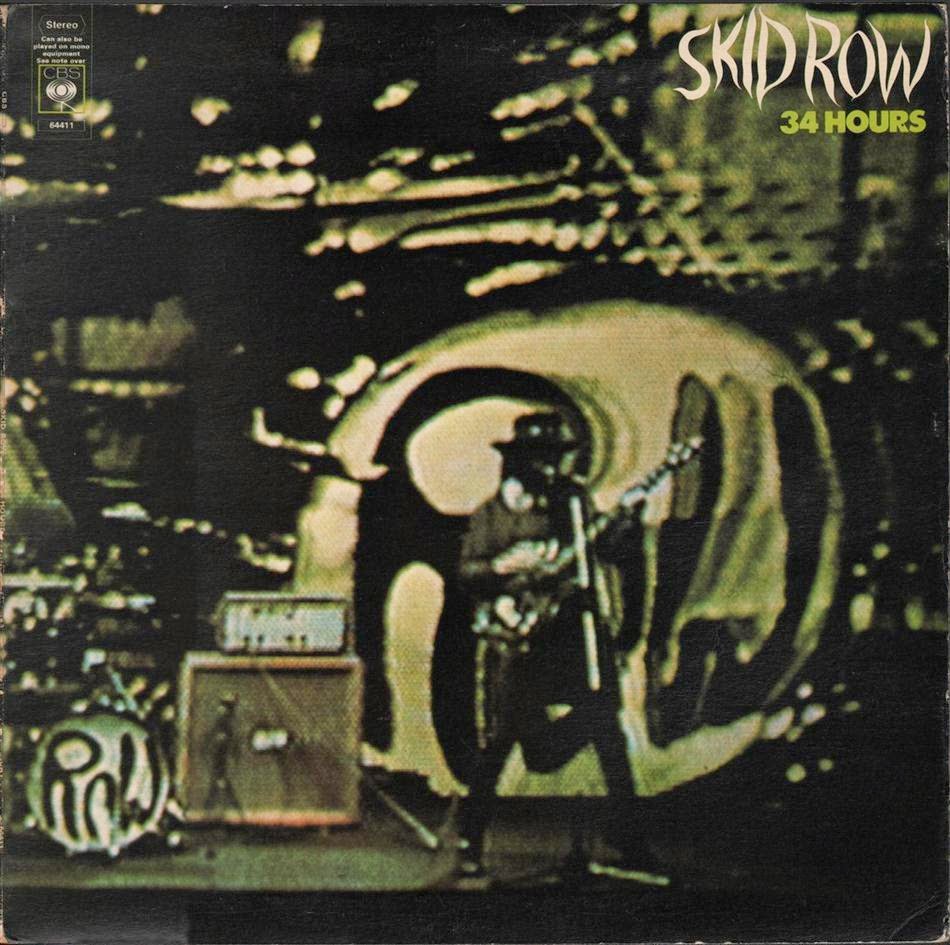 At the end of the sixties Skid Row went to London to become an important part of the British blues boom. At that time the original lead singer Phil Lynott had left the group, and Brush Shiels took his place. The first single was released on the Song label and was called "New Places, Old Faces". It was a fine work of Moore's 12-string guitar art. The next single "Saturday Morning Man" made the charts on a minor level and helped the band get in contact with a major company like CBS.

They started with the single "Dandy's Gone Part I". It was a bluesy neo-psychedelic piece of hard modern rock music, and it shows the enormous talent of Gary Moore once again. At this point Skid Row went into the studio and took eleven hours to produce the debut album, "Skid" with a strange, but fascinating mixture of raw blues and progressive jazz rock with tribal undertones.

Skid Row was a band that never really made it to the top, but always had a strong loyal following. The band toured two times in the USA and Europe. In between these tours they released their second and last album, "34 Hours". Indeed, they only needed 34 hours to create this little masterpiece. Brush Shiels used his bass as a melody instrument, inspired by the jazz sounds of Dave Brubeck and Oscar Peterson. On the other hand, Gary Moore was definitely bringing forth the hard rock influences by using such modern technological achievements as wah-wah tricks and reaction coupling.

The music of "34 Hours" was completely different, compared with the debut. There were lots of changes in pace and musical style. One of the most important songs on the album was the straight boogie "Go, I'm Never Gonna Let You Go, Part I" and another one, the mid-tempo slice of country/blues, "Lonesome Still". At this point, Skid Row seemed to be on their way to the top, but during their preparations for the third US tour, Gary Moore decided quit the band and go solo.

The rest of the band tried to reform Skid Row a few months later with Paul Chapman on guitar, but the chemistry and magic of the old formation was gone. Returning to Dublin, Bridgemore and Shiels played together for a few years under the old moniker. Chapman later turned up in UFO and Lone Star.

Gary Moore released his solo album "Grinding Stone" in 1973 and joined the second generation of Colosseum. He worked together with Thin Lizzy a few times and recorded more solo LP's, "Back On The Streets" and "G-Force" at the end of the seventies. At the beginning of the following decade he worked with Cozy Powell, Greg Lake, Mother's Finest and, once again, Thin Lizzy. In the years 1982/83 four more albums of his were released and at the end of the eighties, Gary become a mega star as one of the most popular guitar-axeman of the world.