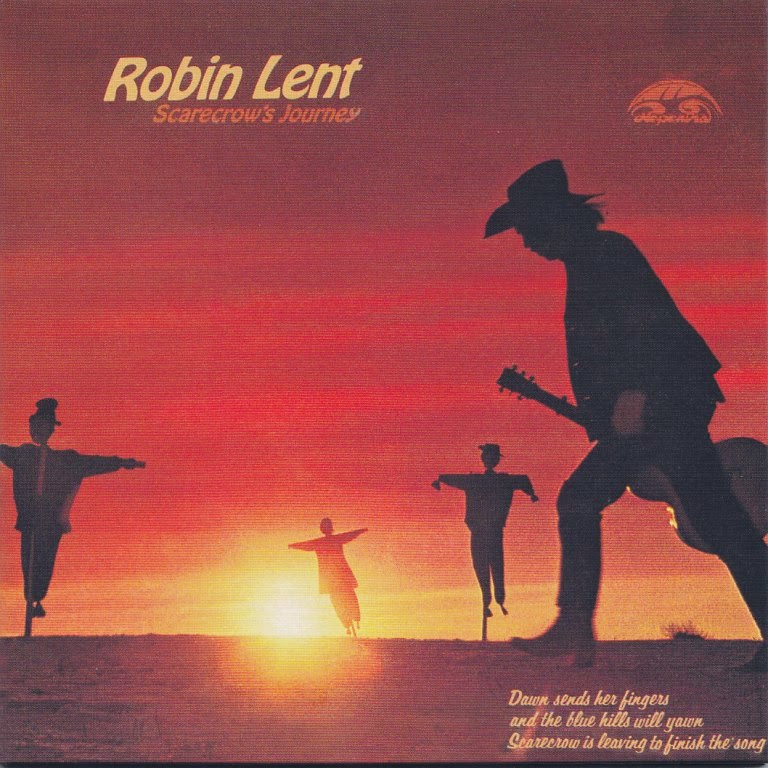 
Cuban born, Robin was raised in a family that traveled regularly - living in the US, Asia, and Europe as a child.  In 1969, after dropping out of the University of California at Berkeley, Robin returned to London to play in the folk scene.  There he auditioned for the musical Hair that was to open in Holland.  He landed the part of Woof and for two years played and toured with the musical.  During this time, he picked up a contract for his first solo album, Scarecrow's Journey, which was released on the writer's label, Nepentha in the UK.  In 2006, Tull on Wildlife selected the song "Sea Spray" from Scarecrow's Journey to be part of their second 'save the planet' album. Robin toured and worked as a studio guitarist in the early 70's, then landed a deal with CBS for a group he put together with guitarist Hans Hollestelle, Robinson Cruiser.  Following this, Robin moved to France where he lives and continues to write and record.  He has put out two new releases, The Blue Man and Escale en France.

This is a classic 70's album with plenty of atmosphere and a uniqueness that of course has its influences, coming from James Taylor and Paul Simon among others. A seductive voice over simple and straight forward backings. Some brillant guitar work from Jan Ackermann and excellent flute and piano played by Tijs van Leer, two top Dutch musicians. Robin plays acoustic guitar and wrote all of the songs.

Really solid acoustic song album with warm, low male vocals and acoustic guitar, well worth checking out for Nick Drake fans who want to investigate the kindred obscurities from the era. Other than Lent's own fine accomplishment here, the album is interesting to me because the backing musicians include Jan Akkerman and Tijs van Leer of Focus, and their distinctive, beloved sound peeks through here at times, particulary on the short jammy section of "The Sky Has Called Us Out To Dance" (awesome song title!), though not to the extent I could get excited about. Okay, I'm a little excited. I'm just such a fan of early Focus. A better example of the invisible hand of Focus from the same time is The Beauty of Bojoura. This album has a mix of orchestral soft rock backing and stripped-down percussion-less songs. It could also be likened to Appaloosa, the obscure violin-laden 1969 masterpiece from the USA, at least in terms of vocal style, but certainly pales in terms of songwriting and accompaniment.