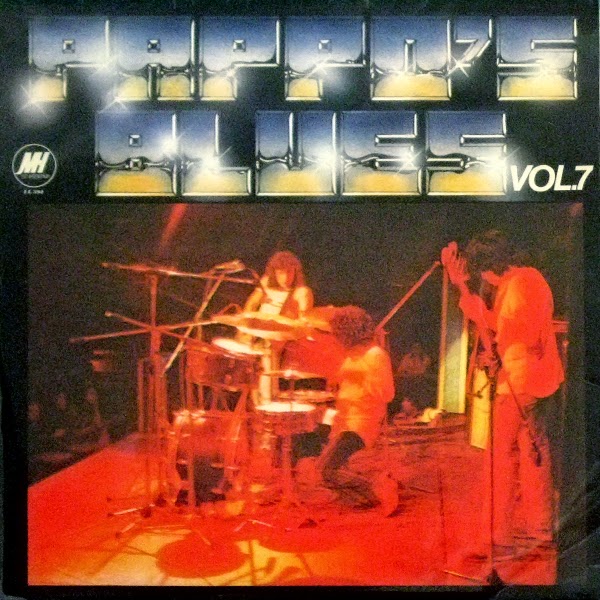 
"Pappo's Blues Vol. 7", released in 1978, was originally intended to be a live album, at least that was the intention of Pappo and bassist Alejandro Medina, some tapes from live shows were recorded, but the quality was so poor that they declined the idea.
Finally the LP consisted of re-recorded Pappo's Blues songs (with rawer sound), plus a couple of new tracks, namely "Detrás de la iglesia" and "El jugador", which were erroneously issued without the vocal tracks.
The old songs sound considerably stronger, heavier and dirtier than the original ones, although the production and the mix of this record is a bit strange, the final result smells like an unfinished task, which had an anticipated release.
Musically this album is quite fine, especially the new version of "El viejo" (original from 1971), including a Pappo's killer slide guitar with his Gibson Les Paul, "Tema 1", another song from the early 70s, also recorded by Luis Alberto Spinetta on his first solo album, and "Gris y amarillo", song that features hoarse vocals by Pappo.
The weird production is especially noted on the Darío Fernández drums (which is clearly revealed on the CD issue)... a fun album all in all, despite the technical imperfections and the odd details.