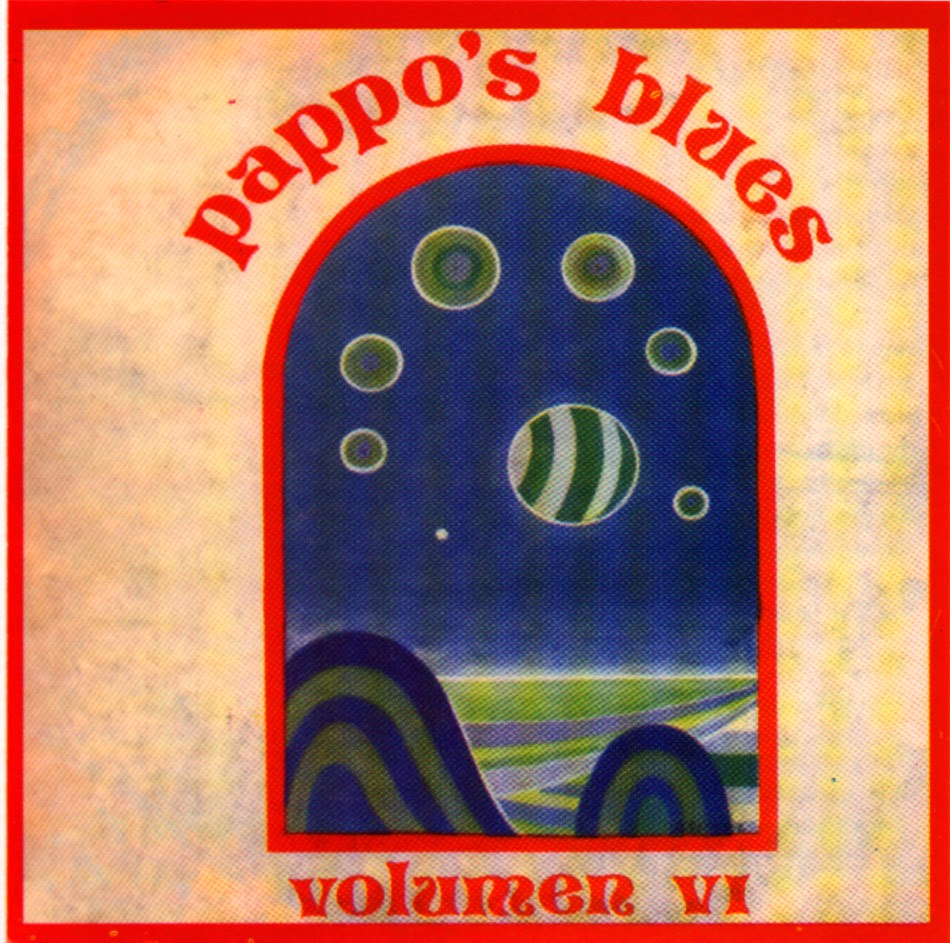 
This album contains studio-outtakes recorded in 1973/1974
The sixth volume of Pappo's Blues comes like a lazy and derelict record featuring 24 obscure minutes and 5 songs, starting with a 6-minute blues rock, "Slide blues", so simple and derivative athough completely cool in its psychedelic rock licks and monotonous monolithdom.
The second track of an album that it slides from the fingers like sand, is "Abordo" (On board), a risible instrumental with heavy guitars and lysergic aura.
"Nervioso visitante part 2", title recalled from a former album ("Triángulo"), here is rebirth as a chaotic, schizoid riff by Pappo, on a structure that sounds like the earliest Motörhead from 1975 and jam band spirit.
Perhaps this track could be deemed heavy metal for 1975, some spoken, apparently noncohesive words ("the capacity of our minds / I never saw what was happening in my life, who knows") are intertwined in the middle of the song, which ends with futuristic psych noise.
The last segment of "Volumen VI" consists of "El escarabajo" (The beetle); brief instrumental where the fingers walk on the guitar strings like a tarantula-Bach (?)
In the very end is "Los libres pecan por ser libres" (The free ones sin because they are free), intriguing piece featuring subtle electric guitar with groovy drums that encircle a philosophical Pappo's speech, which barely can be understood (the voice sounds very low, almost inaudible).
"Vol. 6" is not bad as experiment, and perhaps it's the Pappo's darkest gem ever.