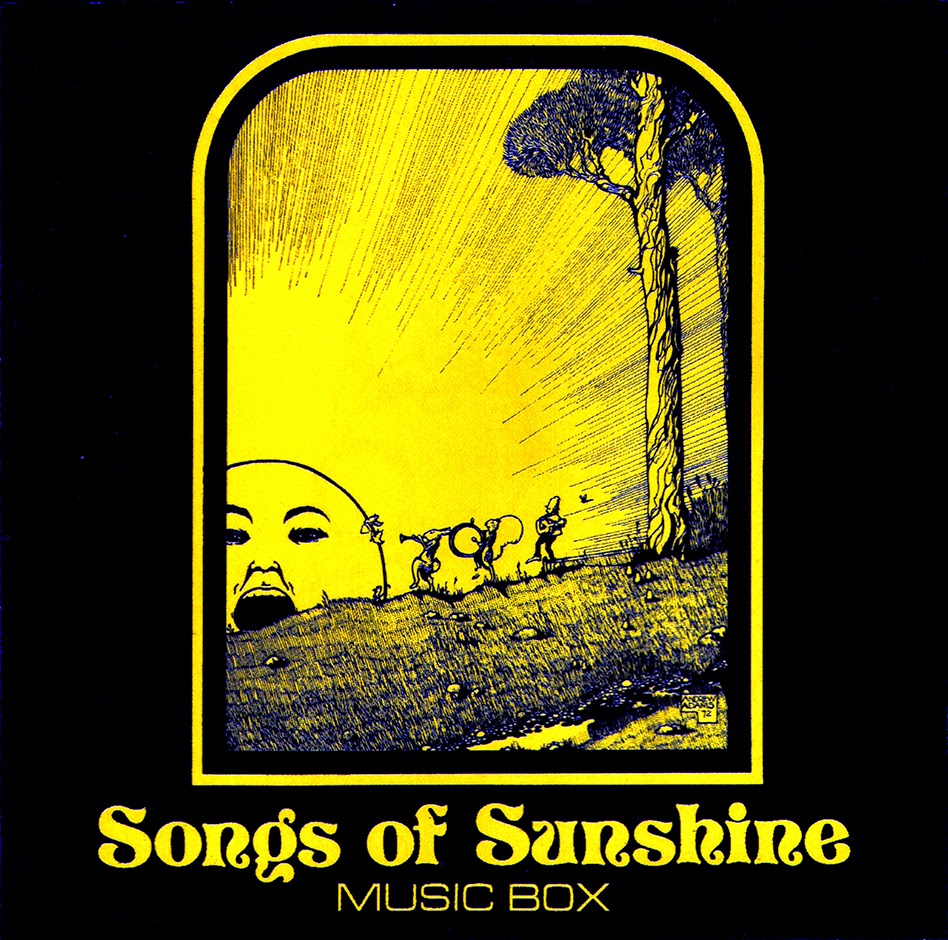 All titles by Rob Armstrong unless as else stated.

Echoes of the mid '60s folk rock boom, and whimsical lyrics with a twist of Dylan (his "Tom Thumb's Blues" is the only non-original song on the album) were perhaps at odds with the sounds of that era. Whatever the reasoning, the album quickly disappeared... shame. Here is an album about a more intimate, predominantly acoustic music. Flutes, chimes, and gentle organ sounds. It spins tales of faraway lands, sand, sea, castles, kings, queens and even Peter Pan.

Bet you thought only Donovan made 'em like that? Songs of Sunshine is incense & innocence, folk rock 'n' flowers! Well played, tastily arranged... and overlooked. But that was then, and things change.... we're now probably far enough away for the mid '60s to be the early '70s anyway, and if you can remember those times, well, you weren't there, as the saying goes...or something like that.

Rob Armstrong, the leader of the group, became a renowned luthier after the short-lived Music Box project, and you can hear the care and love of the acoustic guitar in the music.

The lyrics combine whimsy and fantastical stuff, basically pedestrian but the key is the feel of the tunes,(very pretty version of a traditional tune, "Leezie Lindsey.") the album also has tasteful bass playing and organ and glockenspiel and such things.