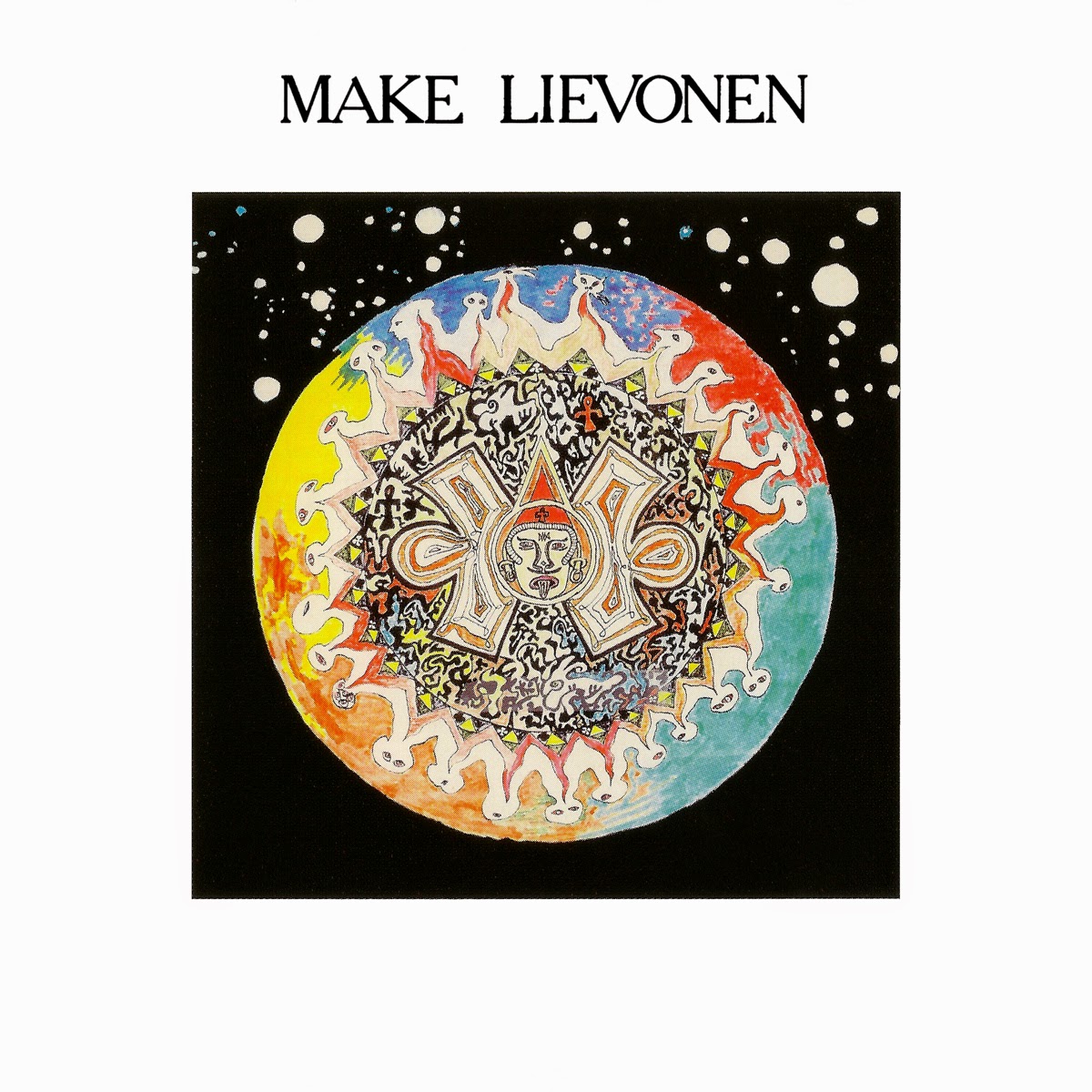 Finnish Jazz musician and composer with a respectable career and numerous appearances in Jazz-oriented albums.As Make Lievonen he released one and only album in 1977.But what a monster line-up he recruited for this work with huge names from the Finnish Jazz and Prog scene: Bassist and Olli Ahvenlahti's collaborator Pekka Sarmanto, Pentti Lahti on clarinet, Eero Koivistoinen and Pekka Poyry from Tasavallan Presidentti on sax/flute, drummer Esko Rosnell and Reino Laine (known for his work with Olli Ahvenlahti and Juhani Aaltonen), guitarists Hasse Walli (from Piirpauke) and Juha Bjoerninen (from Pekka Pohjola band), Uni Sono's Olli Ahvenlahti on keyboards, Vesa-Matti Loiri on percussion, Wigwam's Pedro Heikki Hietanen and veteran keyboardist Esa Kotilainen from Wigwam and Tasavallan Presidentti.Lievonen plays keyboards and bass in an album recorded in May 1977 at the studios of Love Records.

And the man did a great job, composing an album of flexible switches between dramatic Jazz Rock, breezy Fusion and discreet Jazz-flavored Prog Rock.The work had lots of references to the ethereal styles of WEATHER REPORT and RETURN TO FOREVER with tropical sax/clarinet plays and atmospheric, background keyboards and electric piano, which eventually would break into a more dramatic fashion with powerful bass lines, technical drumming and some furious guitar moves.The music can be loose, improvised but also dense-structured in the same track with lots of room for virtuosic solos in a jazzy enviroment, but Lievonen added also some more melodic passages and tunes in the album to maintain a serious balance.Some of the pieces contain synths in evidence and come as dreamy and imaginative Fusion music with more restrained runs and down-to-earth arrangements.Others are extremely rich in sound and musical palettes, evolving from smoky sax and keyboard plays to groovier themes and melancholic moods.The less interesting material is the one containing some funky but pretty standard vibes with lack of personality and having a rather Chill-Out/Lounge atmosphere.Fortunately these parts are pretty limited and the bulk of the album is characterized by adventurous, massive instrumental interactions and endless, changing climates.

As aforementioned Markku Lievonen remained always linked with the Contemporary Jazz scene and one of his later cooperations included the album ''Loru'' next to ex-Finnforest keyboardist Jarmo Savolainen.

''Make Lievonen'': Unknown but well-played Jazz/Fusion from the 70's with both dark and sunny parts and some excellent structured themes among the loose executions.Recommended to all Jazz/Fusion fanatics.